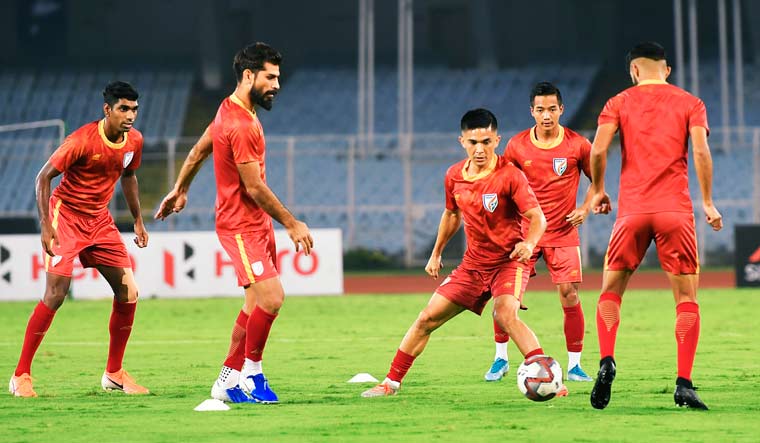 The draw against Bangladesh came after India's impressive 0-0 stalemate against Asian champions Qatar in September.

Bangladesh, however, benefitted from the draw, jumping three rungs to 184th spot.

Belgium has managed to hold on to the top spot, followed by France and Brazil.

England are placed fourth ahead of Uruguay, Portugal, Croatia, Spain, Argentina and Colombia.