Paine broke his thumb, while Siddle played with a hip injury for most of the match 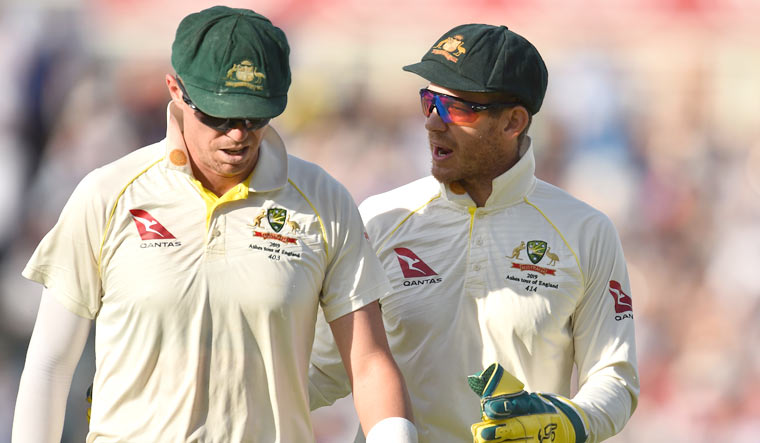 Australia captain Tim Paine revealed that he and fast bowler Peter Siddle were carrying injuries in the fifth and final Test of the recent Ashes series, at The Oval. England won the Test to level the series 2-2, but Australia retained the Ashes urn.

Paine broke his thumb, while Siddle played with a hip injury for most of the match. It is not known how the injury happened or whether it was Paine's right or left thumb.

"My thumb was broken towards the end of that Test but it is not displaced, so I should be right to get back into training early," Paine wrote in his column for The Australian.

The skipper is enjoying a well-deserved break, as is most of the Australian team, after the gruelling Ashes tour. The injury isn't serious, and Paine is expected to feature in the home series against Pakistan in November. He won't be playing in the KFC BBL, to focus on red-ball cricket.

In the column, Paine also called Siddle a “warrior” for playing on despite the injury.

"Peter Siddle tore a hip flexor bowling on the first morning," Paine wrote. "He has copped a bit of criticism for not bowling as well as he we know he can, but the team knows just how heroic he was. A lot of other people wouldn’t have bowled again in the match, but he pushed on because he didn’t want to leave Josh Hazlewood and Pat Cummins to do extra work. He’s a warrior, Sidds, and we love him deeply for that."

Siddle, who was picked ahead of Mitchell Starc and James Pattinson for The Oval Test, was criticised for conceding 61 runs in 17 overs without taking a wicket on the opening day. In the second innings, too, he was expensive though he took the important wickets of Joe Denly (94) and Jos Buttler (47).

"I hurt my hip early on day one, so it’s been a bit of a graft in the last couple of days," Siddle told the BBC. "It’s been hard work, but it’s a Test match, you do what you can do and you stay out there."

Siddle is expected to be available to play for Victoria next month.