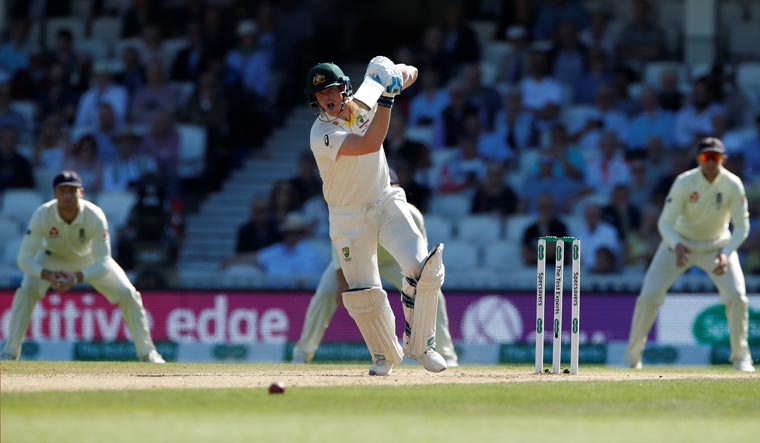 On day 4 of the final Test of the Ashes, England were all out for 329, leaving Australia with a target of 399 in order to win their first Ashes on British soil since 2001.

Marcus Harris made just nine runs while Warner’s nightmare spell this Ashes ended for good after he was dismissed for 11 runs, his first double digit score in four innings so far. Stuart Broad claimed both wickets, taking Warner’s wicket for the seventh time this Ashes.

If England can level the series, it would be the first drawn outcome in the Ashes since 1972. Australia would still retain the Ashes, however, having won the tournament the last time it was held in 2017-18.

Steve Smith and Marnus Labuschange tried to warm up a partnership before the latter was bowled out by Jack Leach.

By lunch break, Smith and Wade were on strike, with Australia 64/3 and trailing by 331 runs. With more than 700 runs this series, Smith is Australia's best hope at wining this match.