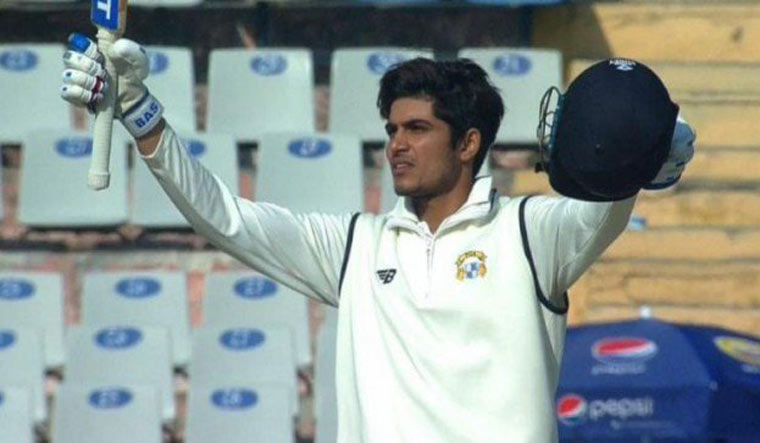 India A defeated South Africa A comfortably by seven wickets on the final day morning of the first unofficial Test to take a 1-0 lead in the two-match series in Thiruvananthapuram on Thursday.

Chasing just 48 runs in their second innings, India A endured a mild stutter as skipper Shubman Gill (5), Ankit Bawne (6) and K.S. Bharat (5) fell in early before Dube (12 not out) and Ricky Bhui (20 not out) completed the formalities for the home team.

South Africa A sast bowler Lungi Ngidi, on a comeback trail after injury, bowled Gill, who made a classy 90 in the first innings to leave India 'A' at 10 for one.

Bawne was then dismissed for a 17-ball 6, caught by Senuran Muthusamy off Ngidi, while Bharat, who is contention for a spot as the back-up wicket-keeper in the Test squad, was sent back by off-spinner Dane Piedt.

Left-handed Dube, who had showcased his hitting abilities in the unofficial ODI series preceding the Test matches, smacked Piedt for two huge sixes to finish the job in style.

Resuming at the overnight score of 179 for 9, South Africa A were bowled out for 186 in their second innings as the hosts needed only 3.5 overs to wrap things up.

Shardul Thakur bowled Lutho Sipamla for 8 to finish with figures of 2 for 31.

Spinners Shahbaz Nadeem (3/17) and Jalaj Saxena (2/22) were the best bowlers for India A in the second innings.

Only 20 overs were possible at the Greenfield stadium on Wednesday due to overnight rains and a wet outfield, but India 'A' snatched four wickets to edge close to victory.