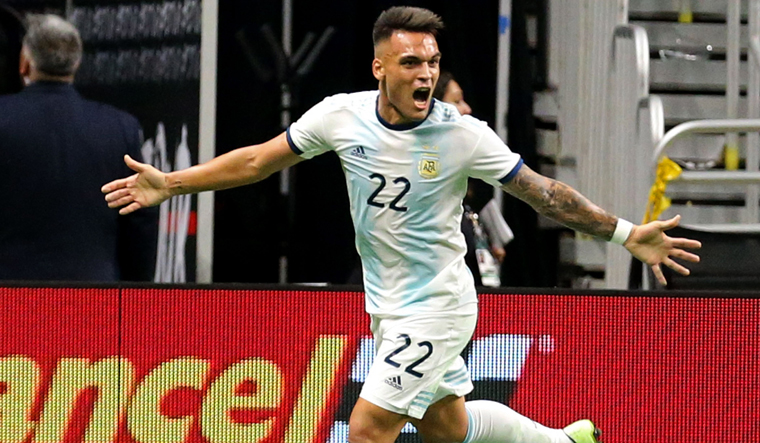 Lionel Scaloni's Argentina hammered Mexico 4-0 in their International friendly. Striker Lautaro Martinez scored a hat-trick as Mexico were humbled. Tata Martino's men were coming into the match after a resounding 3-0 victory against the USA and were expected to put up a much better performance, but were outplayed by Argentina. Although the final score said 4-0, it was more as a result of poor defensive play by Mexico than great offense Argentina. Argentina had very little build up in midfield but were more organised defensively with ten players playing in defense. Mexico were fielding a relatively younger side and the inexperience at the back did show as they made some poor passes.

In other major friendlies, USA drew 1-1 against Uruguay, while Brazil lost 1-0 to Peru and Chile were shocked by Honduras 2-1. Uruguay scored first in the 50th minute thanks to a goal by Brian Rodriguez, before Jordan Morris scored his first International goal for the Americans in the 79th minute. USA held the bulk of the possession (60%) and fired 11 shots on goal. Uruguay had more shots fired (15), but drew more fouls (8). While the USA were playing from the back, Uruguay were more focused on maintaining their shape and counter attacks.

Honduras beat Chile 2-1 coming from a goal down after Alfonso Parot had put them in front in the 19th minute. Alberth Elis and Jonathan Toro scored in the 73rd and 80th minute respectively to give Honduras the lead and seal the match. Chile held 73% of the possession but were able to hit the target only once from the 9 shots they fired. Honduras had 14 shots at goal of which 2 found the target.

Brazil were shocked by 1-0 thanks to an 85th minute goal by Abram that ended Brazil's 17-game unbeaten run. Brazil played a star-studded squad in the second half with Neymar, Vinicius Junior, Pucas Paqueta and Bruno Henrique all featuring but were unable to make a difference. Brazil had beaten Peru 3-1 in their Copa America final.