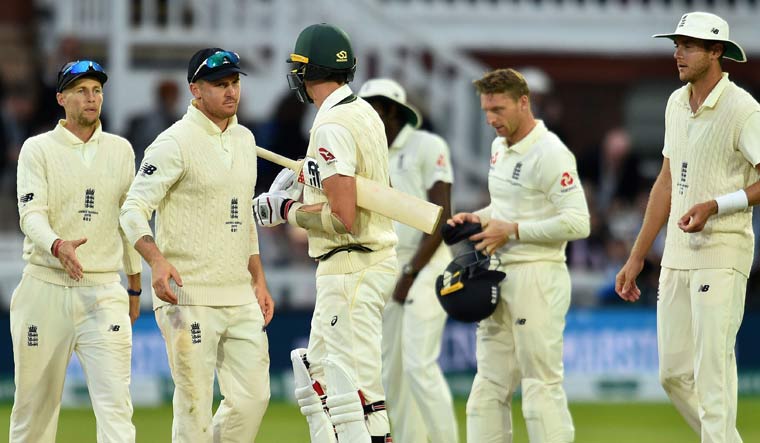 England named an unchanged squad on Monday for this week's third Test against Australia at Headingley, with the injured James Anderson continuing his bid to return later in the series.

The selectors kept faith with the XI that drew the second Ashes Test at Lord's on Sunday, with England having the better of an exciting last day before Australia held out to preserve their 1-0 lead in the five-match series.

Surrey left-arm seamer Sam Curran, who did not play at Lord's, retained his place in a 12-man squad for the third Test, which starts at England captain Joe Root's Headingley home ground on Thursday.

Anderson, England's all-time leading Test wicket-taker, did not play at Lord's because of a calf injury that restricted him to just four overs in Australia's 251-run win in the first Test at Edgbaston.

Anderson, however, is to continue his rehabilitation this week by playing for Lancashire second XI against Leicestershire in a three-day friendly match in Liverpool starting on Tuesday.

He will be assessed on an ongoing basis ahead of selection for the fourth Test at Old Trafford—Anderson's home ground—starting on Wednesday, September 4.