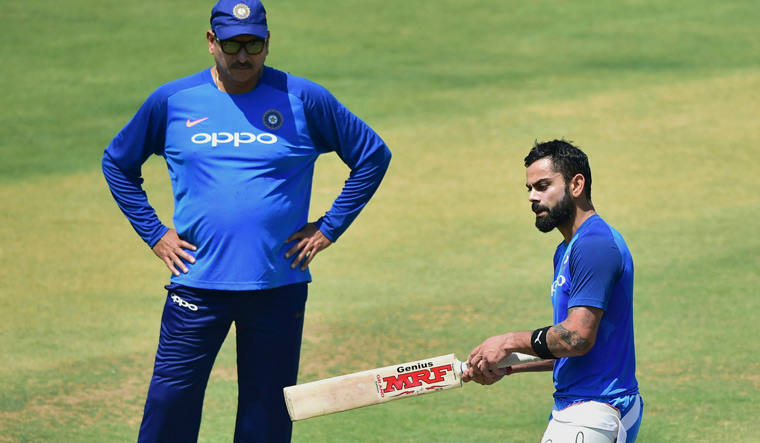 Ravi Shastri remains favourite to continue as the Indian cricket team's head coach after the World Cup, but the BCCI will be forced to restart the process as the former India all-rounder's service contract doesn't have an extension or renewal clause.

Unlike most of the big football or NBA clubs, who have a renewal or an extension clause for their coaches, the BCCI, from Anil Kumble's time as chief coach, never had that particular clause.

“From Anil Kumble's time, the service contract of the coaches and support staff doesn't have an extension or renewal clause. Therefore, even if India win the World Cup under Shastri's coaching, he will have to come through the fresh recruitment process even though he will be a direct entry into the shortlisted panel as current coach,” a senior BCCI official, privy to the development, told PTI on condition of anonymity.

The official said that the BCCI needs to follow the due process of putting up an advertisement on its website for filling up the various positions of support staff in the senior India line-up.

“Shastri, Sanjay Bangar (batting coach), Bharat Arun (bowling coach) and R. Sridhar (fielding coach), their contracts will end with India's last match in the World Cup. With only 14 days left for the inaugural World Test Championship matches against the West Indies, we need to complete the process in due time. But everything will happen after the World Cup,” he said.

The official also indicated that there is very little chance of Shastri being replaced if the team reaches at least the semifinal since under his tutelage, India have beaten Australia in a Test series Down Under for the first time in 71 years and also won ODI series in South Africa, Australia and New Zealand.

It has also been learnt that this year, the mini-IPL for women will role with three teams and four games on a round-robin basis. Last year, one exhibition match was held.

“The Indian women's coach W.V. Raman and the national selectors have given 30 names and there will be 12 foreign players. So there will be three teams of 14 players each and they will play once against each other and then the final,” the official said.