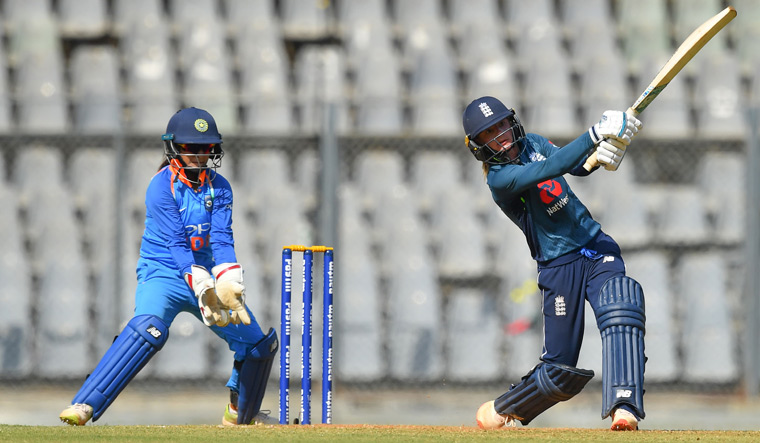 England women's team defeated India by two wickets in the final ODI in Mumbai on Thursday as they successfully chased the modest total to score 208 at the loss of 8 wickets with one over remaining. The hosts were restricted to 205/8.

Dannie Wyatt top-scored for England with 56 runs. With the win, England now have two crucial points in the ICC Women's Championship.

India had beaten England in the first two ODIs to seal the series.

Earlier, India suffered a middle-order collapse after they slumped from 129 for 1 to 150 for 7 as England's Katherine Brunt wreaked havoc, claiming five crucial wickets.

India vice-captain Smriti Mandhana (66 off 74 balls) and Punam Raut (56 off 97 balls) initially took the team to a great start with their 129-run partnership on the second wicket. Brunt removed both Mandhana and Raut to give India a huge blow. However, Deepti Sharma (27 not out) and Shikha Pandey (26) ensured that India crossed the 200-run mark.

On the way to claiming her five-wicket haul, Brunt took out Mona Meshram and also captain Mithali Raj, thereby triggering a quick collapse in the batting line-up.

The two teams will now head to Guwahati to play the three-match T20I series.