From now on, Team India will be playing around the World Cup-bound 15 players 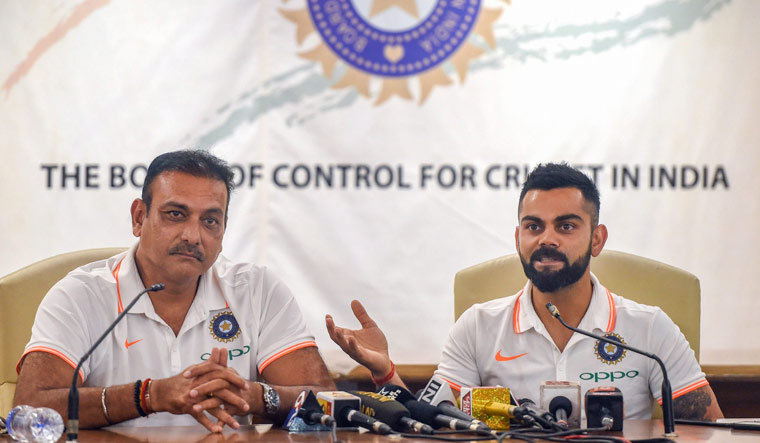 India coach Ravi Shastri said that there won't be any more "chopping and changing" with the ODI side with just 13 matches remaining before the opening World Cup game against South Africa on June 5.

Shastri indicated that from now on, they will be playing around those 15 players, who are going to board the UK-bound flight.

"We will try to play (those) 15, who will go to the World Cup. Chopping and changing is over now. The grace period is over now," Shastri made it clear during the pre-departure press conference ahead of the Australian tour.

"Now it is the time to really get focused and play as a unit and then hopefully not have too many injuries, so that we don't have to look elsewhere and take it from there.

"We don't have too many games now. We have 13 games, so we will look to play the best team at all times," he added.

India will play a four-match Test series beginning on December 6 at Adelaide and Shastri said that the visitors will have to learn from their experience in South Africa and England to challenge Australia.

"I see a lot of progress across all formats and I say that in spite of the (series) scoreline in England. When you look at actual performances in conditions that are foreign to us, we are more than happy," he said.

The coach is hopeful that players have learnt from their mistakes of previous tours.

"It is a learning process. If we learn from the mistakes that we made in South Africa and England, it will hold us in good stead in Australia.

"Test cricket obviously is different, it is the last series that we play before the World Cup. So the focus will be entirely on the series."