Mithali Raj: The epitome of consistency 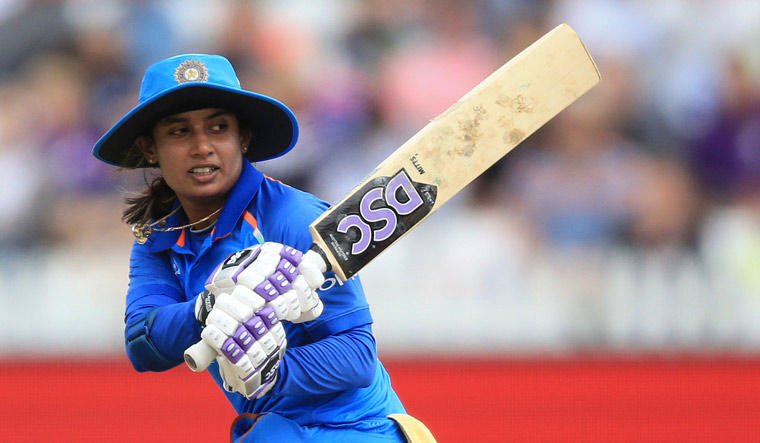 The Indian captain in long formats averages 51 in Tests, 50.88 in ODIs and 39.95 in T20Is (the duck in Johannesburg pulled her average down a notch under 40). In fact, her average in T20Is is the highest in the world now. In the ICC Women's ODI player rankings, she is currently number 3, behind Australia's Ellyse Perry and Meg Lanning. She is the top run-getter, with 6,259 runs in 189 matches. There is a Grand Canyon-esque gap between her and the two Australian stars, with over 3,000 runs separating them. True, Raj had a headstart as she made her debut in 1999—over a decade before Lanning and Perry did. Lanning has a higher average though—54.52.

There is a reason why Raj is more than just one of India's greatest cricketers.

“She keeps adapting to different formats so well because she works on her game continuously. That's why, despite being so senior and experienced, she keeps ahead of the rest. She's very focused,” said former Indian skipper Shubhangi Kulkarni to THE WEEK. “Her placement and timing are superb. Even if you have five fielders on the offside she will be able to find the gap. She is never satisfied and she always wants to get those big scores,” she said.

Raj's work ethics come in for praise from all quarters. Unlike the present generation, who have access to better facilities and opportunities, Raj belongs to a generation which had fewer of both. 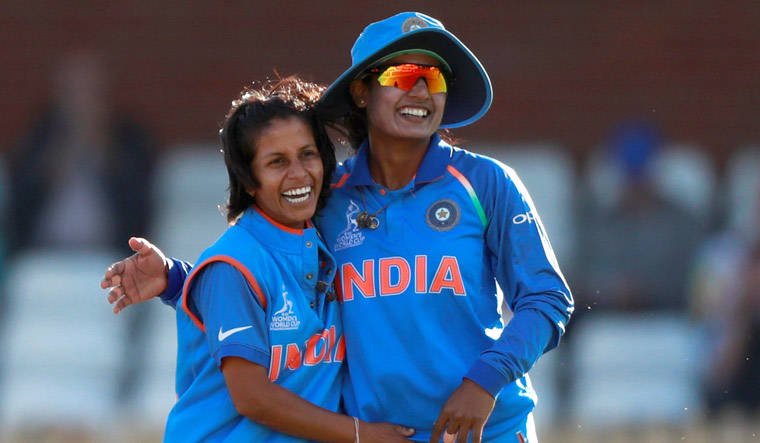 “She's a very senior player but takes care of her fitness and batting. She is aware she's not getting any younger,” said former India skipper and manager Sudha Shah. She said Raj's technique was always sound and, therefore, adapting to conditions and formats was never going to be difficult for Raj, who is more an elegant stroke maker than a big-hitting player. “If you have the technique, you can adapt to any form of cricket. She was always one who would play long innings. Even if she takes a few balls in T20 to get into groove, she catches up fast and finishes it well.”

For a long while, Team India was solely dependent on Raj. The scenario seems to have changed for the better now, with infusion of fresh blood into the team in the form of Smriti Mandhana, Harmanpreet Kaur, Purnima Raut, Veda Krishnamurthy and Deepti Sharma. But Raj continues to be the most prized wicket for any opponent.

“She [Raj] is playing more shots now, and playing more freely as there are other players who are putting their hands up and performing,” Shah said.

Loads of experience combined with the hunger to remain at the top of her game are what we see in Raj nowadays. Kulkarni enjoyed watching Raj play the hook shot in South Africa, because dealing with short balls was a matter of concern for Raj and other girls. “She [Raj] has worked on that.”

Raj's peers underlined the influence she has on younger players and pointed out how important it is for the team to have her around. For instance, when a 17-year-old debutante Jemima Rodrigues came in to bat in the first Women's T20I against South Africa, India were 47/2, with both Mandhana and Kaur back in the dugout. India were chasing 165 to win the match. Guiding the teenager was none other than Raj. The duo put on a match-winning partnership of 69 runs, with Rodrigues making an assured 37. Raj stayed unbeaten on 54, and India beat South Africa by seven wickets.