Did pollution cause death of thousands of crabs on UK shores?

There wouldn't be any human health implications, so seafood would be safe to eat 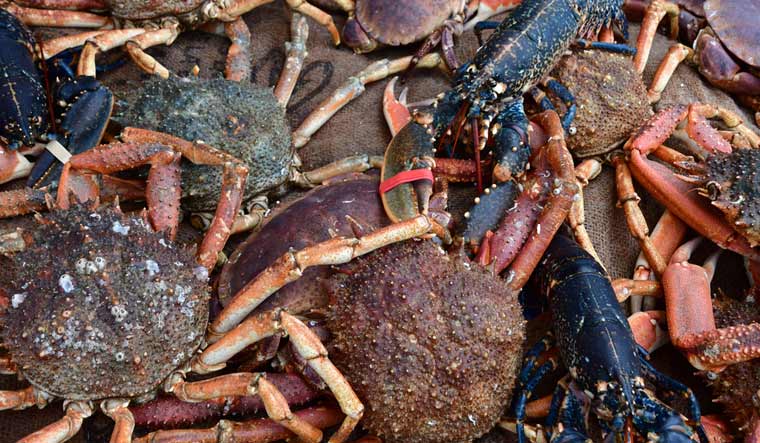 Pollution could not have caused the death of  thousands of crabs along the coastline of Northeast England, said the British scientists. A panel of scientists and industry experts set up by the British government said it found no evidence pollutants were to blame.

The crustaceans were found dead or dying along more than 70 kilometres (44 miles) of coastline in late 2021, with some displaying unusual twitching while in the throes of death.

However the scientists are unsure what did cause the unusual die-off. Environmentalists suspected toxins released by dredging to expand a port in Teesside, a heavily industrial area, might have been responsible. Research last year by academics, backed by the fishing industry, suggested the industrial pollutant pyridine, possibly from dredging at the mouth of the River Tees, as a potential cause.

But a panel of scientists and industry experts set up by the British government said it found no evidence pollutants were to blame.

The group, chaired by Gideon Henderson, chief scientific adviser to the government's environment department, said it was very unlikely that pyridine or another toxic pollutant caused the die-off.

We just could not find evidence for high levels of pyridine in the coastal sea water, said Lancaster University environmental chemist Crispin Halsall, who worked on the report.

The group concluded it was about as likely as not that a pathogen new to UK waters a potential disease or parasite caused the crab deaths. The scientists said they were unable to identify what pathogen, if any, was responsible.

We've come up with probably more questions than answers, Tammy Horton, a researcher at Britain's National Oceanography Center who worked on the study, said.

She said it was highly unlikely there would be any human health implications from a pathogen of crab and seafood would be safe to eat.

(With inputs from AP)