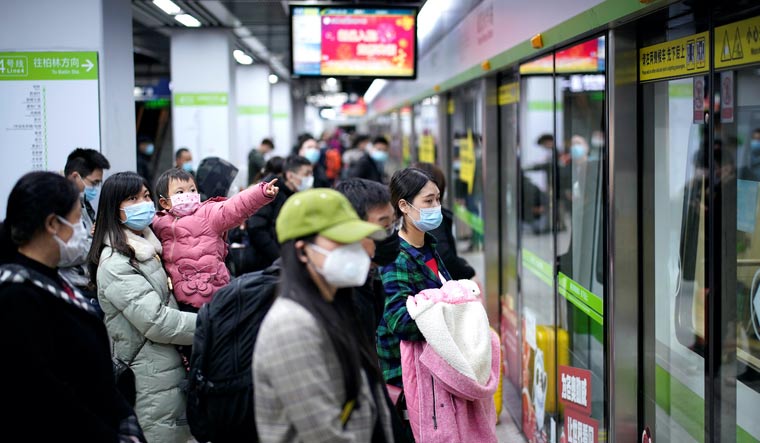 China's population has fallen for the first time in 60 years and is set to be reduced by half by the end of the century. After declining for some years, China is now in what a government official called an era of negative population growth, with the national birth rate hitting a record low of 6.77 births per 1,000 people.

China has long been the most populous country in the world. Apart from the famine years (1959-61) caused by the Great Leap Forward political campaign, China's population has rapidly increased over the past decades.

China's rapid population growth started to slow in the 1970s when the Chinese government introduced family planning measures because of fears of overpopulation. The most far-reaching measure was the one-child policy adopted in 1980 that restricted each household to only one child (with certain exceptions, such as members of ethnic minorities, rural households and later children of two single children).

According to the government's logic at the time, reducing population growth would free up scarce resources needed to increase the standard of living and boost economic growth.

The rate of growth in China's population accordingly slowed for several decades. Now, for the first time in decades, the population is beginning to shrink.

But whether China's population really has peaked, and when and how fast this shrinkage will be, is not clear cut and is subject of some debate.

The UN World Population Prospects from 2022, at first estimated that China's population will only start declining in around 2030.

Data on China's population is notoriously unreliable and varies depending on who is doing the counting. According to China's National Bureau of Statistics, the country had 1.4117 billion people at the end of 2022, compared with 1.4126 billion a year earlier.

But the United Nations Population Fund has estimated the number of people in China at 1.4485 billion and the World Population Review estimates it at 1.426 billion people.

The variation in projections of population trends are based on different assumptions and data sources, leading to different expectations as to how China's society will develop over time.

The further forward in time these projections are made, the more difficult they become. Many factors affect how fertility rates develop over a decade let alone half a century.

So predictions that China's population will be cut in half by 2100 need to be read with some caution. They depend on assumptions of how societies develop over time.

For decades the Chinese government has attempted to actively manage population development by influencing its fertility rate.

After the one-child policy led to a rapid decrease in China's fertility rate (1.3 in 2020), the end of this policy in 2016 allowed families to have two, then three children.

The Chinese government has also begun to support families in other ways, for instance, by promoting longer maternity leave and tax incentives for having children.

But these policy changes appear to be too little, too late. Many experts in China and elsewhere have argued that the scrapping of the one-child policy came a decade too late to influence the rapid slowdown of its population growth.

Uptake of the new family planning policies has also been scarce. After decades of promoting a nuclear family of three, this image has become deeply ingrained in Chinese society.

Not only that, but costs for education, housing and marriage have increased. Having more children is simply considered to be too expensive for many families.

Yet, for some forecasters, this population decline has come at a faster pace than expected.

One reason may be the COVID pandemic which has discouraged families from having more children. But COVID's effects are hard to judge. For instance, data on China's COVID-related deaths is unreliable.

What does it mean for the world?

When more people live longer and fewer people are born it has two consequences: a shrinking workforce and increased costs for people in old age.

China's rapid economic growth has been a result of its large and cheap workforce.

With fewer workers available and global moves to de-couple from China, companies are moving their production elsewhere.

This threatens China's economic growth model at a time when it is transitioning from a labour-intensive to a knowledge-intensive economy.

Another growing concern has been how to care for a rapidly growing ageing population. Projections estimate that by 2079 there will be more Chinese people outside than inside the workforce.

Even if population ageing proceeds slower than expected, pension, health and social care costs will become a heavy strain on economic development unless productivity increases.

China is not alone in facing such issues. Other East Asian countries, such as in Japan and South Korea, are also facing rapid population ageing.

Similarly, many European nations, including Germany and Italy, have faced population decline for decades.

But China's situation is different. First, it is facing population ageing and decline while it is still a middle-income country, making it harder to finance socio-economic change.

Second, from an international standpoint, China has assumed a central position in global supply chains so anything that affects China will have knock-on effects for the world economy.

So this story of China's population decline has immense implications for China's position in the world and the global economy at large.

(The Conversation: By Christina MaagsLecturer in Chinese Studies , University of Sheffield)