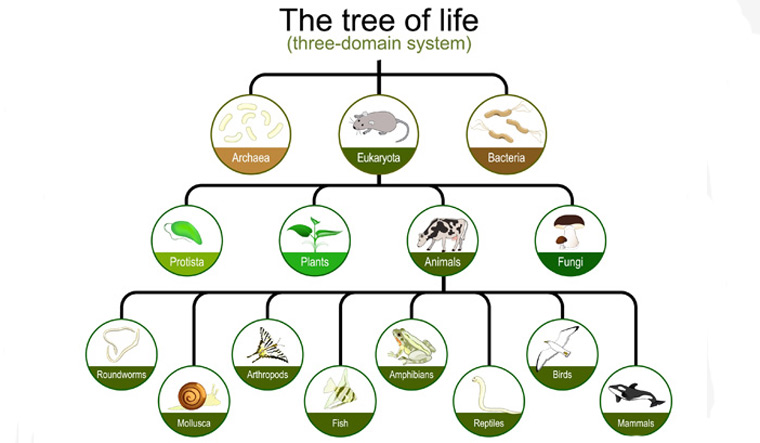 There’s a new branch on the tree of life and it’s made up of predators that nibble their prey to death.

These microbial predators fall into two groups, one of which researchers have dubbed "nibblerids" because they, well, nibble chunks off their prey using tooth-like structures. The other group, nebulids, eat their prey whole. And both comprise a new ancient branch on the tree of life called "Provora," according to a paper published today in Nature.

Like lions, cheetahs, and more familiar predators, these microbes are numerically rare but important to the ecosystem, says senior author Dr. Patrick Keeling, professor in the UBC department of botany. “Imagine if you were an alien and sampled the Serengeti: you would get a lot of plants and maybe a gazelle, but no lions. But lions do matter, even if they are rare. These are lions of the microbial world.”

Using water samples from marine habitats around the world, including the coral reefs of Curaçao, sediment from the Black and Red seas, and water from the northeast Pacific and Arctic oceans, the researchers discovered new microbes. “I noticed that in some water samples there were tiny organisms with two flagella, or tails, that convulsively spun in place or swam very quickly. Thus began my hunt for these microbes,” said first author Dr. Denis Tikhonenkov, senior researcher at the Institute for Biology of Inland Waters of the Russian Academy of Sciences.

Dr. Tikhonenkov, a long-time collaborator of the UBC co-authors, noticed that in samples where these microbes were present, almost all others disappeared after one to two days. They were being eaten. Dr. Tikhonenkov fed the voracious predators with pre-grown peaceful protozoa, cultivating the organisms in order to study their DNA.

“In the taxonomy of living organisms, we often use the gene ‘18S rRNA’ to describe genetic difference. For example, humans differ from guinea pigs in this gene by only six nucleotides. We were surprised to find that these predatory microbes differ by 170 to 180 nucleotides in the 18S rRNA gene from every other living thing on Earth. It became clear that we had discovered something completely new and amazing,” Dr. Tikhonenkov said.

On the tree of life, the animal kingdom would be a twig growing from one of the boughs called "domains," the highest category of life. But sitting under domains, and above kingdoms, are branches of creatures that biologists have taken to calling "supergroups." About five to seven have been found, with the most recent in 2018 - until now.

Understanding more about these potentially undiscovered branches of life helps us understand the foundations of the living world and just how evolution works.

“Ignoring microbial ecosystems, like we often do, is like having a house that needs repair and just redecorating the kitchen, but ignoring the roof or the foundations,” said Dr. Keeling. “This is an ancient branch of the tree of life that is roughly as diverse as the animal and fungi kingdoms combined, and no one knew it was there.”

The researchers plan to sequence whole genomes of the organisms, as well as build 3D reconstructions of the cells, in order to learn about their molecular organization, structure and eating habits.

Culturing the microbial predators was no mean feat, since they require a mini-ecosystem with their food and their food’s food just to survive in the lab. A difficult process in itself, the cultures were initially grown in Canada and Russia, and both COVID and Russia’s war with Ukraine prevented Russian scientists from visiting the lab in Canada in recent years, slowing down the collaboration.