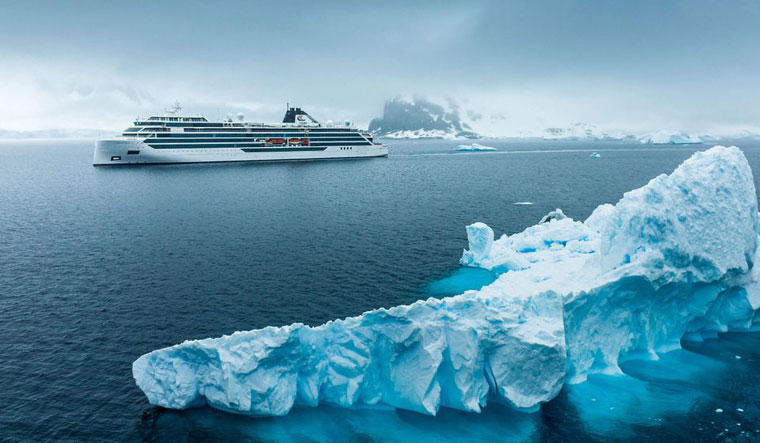 One person was killed and four others injured when an Antarctic cruise ship was hit by a huge wave during a storm that coccured near the southernmost tip of South America.

The Viking Polaris cruise ship was reportedly sailing towards Ushuaia in Argentina when these rare killer waves struck. he Viking Polaris, launched in 2022, is the newest ship in the company's fleet.  The ship was anchored off Ushuaia, 3,200 kilometers from the capital Buenos Aires.

iking said it was investigating the facts surrounding this incident that damaged the ship with several windows smashed on the side.

"It is with great sadness that we confirmed a guest passed away following the incident. We have notified the guest's family and shared our deepest sympathies," Viking cruise company said in a statement.

What is a rogue wave?

Rogue waves have long been reported by sailors, but just how frequently these extreme events occur is still not known. They are hard to predict and may be becoming more prevalent.

A rogue wave, also known as a freak wave, are powerful enough to sink huge ships. Scientists who studied these killer waves say they are two-to-three times taller than the tallest average waves. They surge out of nowhere, and moves often in an unpredictable direction and can look like a steep wall of water.

According to the National Ocean Service rogue waves are extreme storm waves and often come unexpectedly from directions other than prevailing wind and waves. They are sudden and dangerous as they could be as high as a 4-story building.

When two standard waves combine crest-to-crest, they merge and double in size. And when they combine trough-to-crest, they cancel out, says Surfertoday. If  a group of waves meets at the right place and at the right time, they could generate a gigantic, unpredictable wave.

Since these waves occur unexpectedly and suddenly, exactly how and when rogue waves form still remains a mystery.