World has already warmed 1.1 to 1.2 degrees Celsius since pre-industrial times 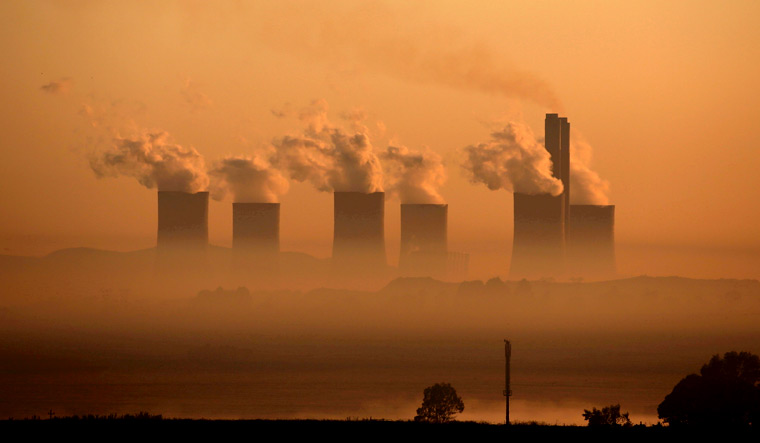 Planning and build-up of liquified and other natural gas - due to an energy crisis triggered by Russia's invasion of Ukraine - would add two billion tonnes of carbon dioxide equivalent (1.9 billion metric tonnes) a year to the air by 2030, according to a report released Thursday by Climate Action Tracker at international climate talks in Egypt.

The world has already warmed 1.1 to 1.2 degrees Celsius (2 degrees Fahrenheit) since pre-industrial times, leaving little room to keep below the 1.5 limit set in Paris in 2015.

“The sheer amount of liquified natural gas projects in the pipeline for construction shocked the analysts,” Hare said. The report calculates that if everything planned goes through, the build-up would produce five times the amount of gas it is supposed to replace from Russia.

This reaction to the energy crisis is an overreach that must be scaled back, the report says.

One key way scientists calculate how likely the world is to keep to the 1.5-degree goal is a carbon budget, or how much carbon emissions can still be produced between now and 2050 while staying at or below 1.5 degrees. The tracker report says the LNG planned build-up would eat up about 10 per cent of that 460 billion tonne budget on its own. “There's about nine years or so left in that carbon budget,” Hare said.

“About 70 per cent of the planned new gas production facilities are in North America,” Hare said. Europe, which needs the gas but doesn't have it, is investing in receiving systems. The tracker report said if everything is built up there will either be too much carbon pollution or stranded energy assets that won't be used.

Natural gas industry leaders say the fuel is the answer to the world's problem, not a problem itself.

“The global conversation has changed. And what has changed about it is the recognized version of how essential energy is to not just economic security, but national security, Karen Harbert,” Chief Executive Officer of the American Gas Association told The Associated Press. “Natural gas is not only essential for the survival of Ukraine, it can do a lot to address the world's carbon emissions. It can do a lot to bring people out of energy poverty. And here in the United States, we're blessed to have so much natural gas today,” he said.

Former Vice President Al Gore, who has been a climate activist for more than 30 years, said decades ago he and others called natural gas a bridge to the future because it was helping wean American and elsewhere off far dirtier coal. But not now.

“Now I believe it's a classic bridge to nowhere,” Gore told The Associated Press in a 30-minute interview at the international climate summit in Egypt. He said an especially big problem for natural gas is methane leaking from pipelines, wells and elsewhere.

The climate action tracker report said last year's methane pledge has not yet lived up to the hype with big emitters not quite acting yet, just promising.

The tracker says that since last year's climate talks, there has been only a little progress in pledges and action to reduce carbon emissions.