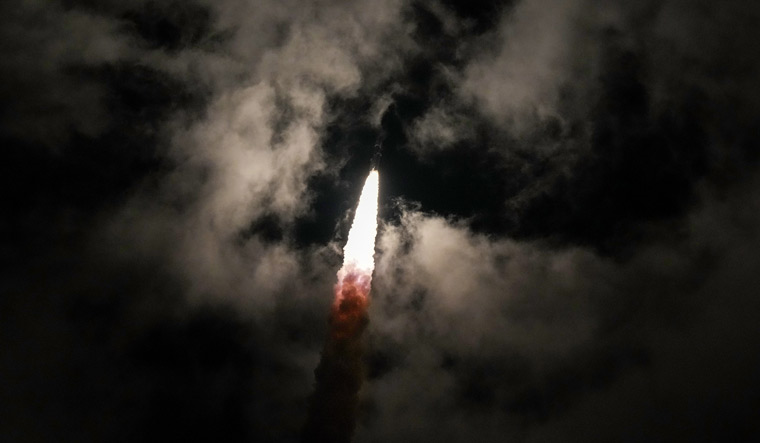 The Indian Space Research Organisation appears set for the first runway landing experiment (RLV-LEX) of Reusable Launch Vehicle - Technology Demonstrator (RLV-TD) from the aeronautical test range in Karnataka's Chitradurga district, with its Chairman S.Somanath indicating that weather is being monitored.

"We are looking at the climate. Climate is still not good. So, we are waiting for the wind and other systems to become benign. We will do that," Somanath, also Secretary in the Department of Space, told PTI here.

According to ISRO officials, the RLV wing body will be carried using a helicopter to an altitude of three to five kilometres and released at a distance of about four to five kilometres ahead of the runway with a horizontal velocity. After the release, the RLV will glide, navigate towards the runway and land autonomously with a landing gear in the defence airfield near Chitradurga.

ISRO accomplished its maiden RLV-TD HEX-01 (Hypersonic Flight Experiment-01) mission on May 23, 2016 from SDSC SHAR and successfully demonstrated the critical technologies for design and flight testing of re-entry vehicles. However, it was a suborbital flight and was designed to land on the sea.

One of the critical technologies to be demonstrated in the RLV-LEX mission is approach and autonomous landing on a runway, according to ISRO.

In ORE, a wing body called Orbital Re-entry Vehicle (ORV) will be taken to an orbit by an ascent vehicle derived from the existing GSLV and PSLV stages and stay in orbit for a stipulated period, re-enter and land in a runway autonomously with a landing gear.