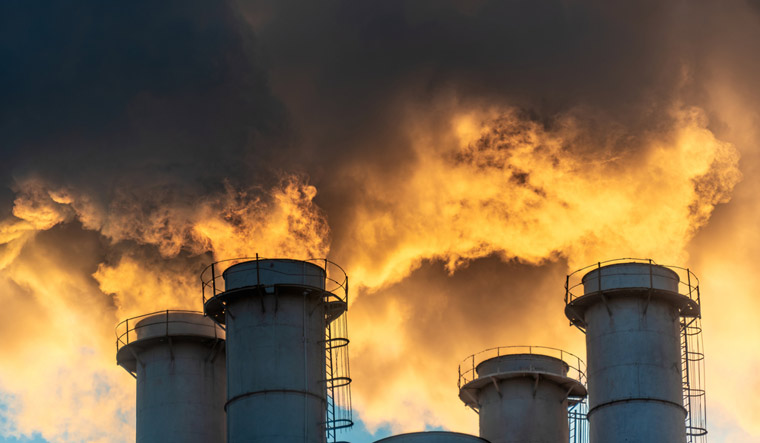 Writing in the journal BioScience,  an international coalition led by Oregon State University researchers says in a report published today that the Earth’s vital signs have reached “code red” and that “humanity is unequivocally facing a climate emergency.”

In the special report, “World Scientists’ Warning of a Climate Emergency 2022,” the authors note that 16 of 35 planetary vital signs they use to track climate change are at record extremes. The report’s authors share new data illustrating increasing frequency of extreme heat events, rising global tree cover loss because of fires, and a greater prevalence of the mosquito-borne dengue virus. Further, they note that atmospheric carbon dioxide levels have reached 418 parts per million, the highest on record.

William Ripple, a distinguished professor in the OSU College of Forestry, and postdoctoral researcher Christopher Wolf are the lead authors of the report, and 10 other U.S. and global scientists are co-authors.

“Look at all of these heat waves, fires, floods and massive storms,” Ripple said. “The specter of climate change is at the door and pounding hard.”

The report follows by five years the “World Scientists’ Warning to Humanity: A Second Notice” published by Ripple and colleagues in BioScience and co-signed by more than 15,000 scientists in 184 countries.

“As we can see by the annual surges in climate disasters, we are now in the midst of a major climate crisis, with far worse to come if we keep doing things the way we’ve been doing them,” Wolf said.

“Climate change is not a standalone issue,” said co-author Saleemul Huq of Independent University Bangladesh. “To avoid more untold human suffering, we need to protect nature, eliminate most fossil fuel emissions and support socially just climate adaptations with a focus on low-income areas that are most vulnerable.”

The report points out that in the three decades since more than 1,700 scientists signed the original “World Scientists’ Warning to Humanity” in 1992, global greenhouse gas emissions have increased by 40%.

“As Earth’s temperatures are creeping up, the frequency or magnitude of some types of climate disasters may actually be leaping up,” said the University of Sydney’s Thomas Newsome, a co-author of the report. “We urge our fellow scientists around the world to speak out on climate change.”