Space is indeed the final frontier for Indian business 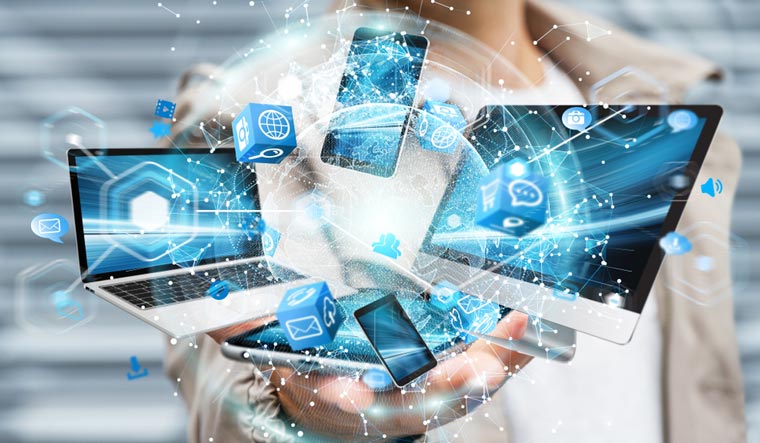 Earlier this week, the Indian Space Research Organisation (ISRO) chairman S. Somanath, along with local officials of the multinational communications giant Hughes, came together at a small luncheon meeting at a luxury hotel in Delhi. Passing under the radar of most national headlines and the Twitterati, the announcement they came together for was nothing short of epochal — the launch of India’s first high through-put satellite (HTS) broadband service.

Space is indeed the final frontier for Indian business, thanks to the government throwing open the sector for private partnership in the Atmanirbhar Bharat announcements of May 2020 post-Covid. While the field has seen a flurry of entrepreneurship by Indian start-ups ranging from remote sensing to micro-satellites, the big jackpot was always the broadband-from-space proposition.

And with so many global biggies throwing their hat in — Elon Musk’s ambitious Starlink, India’s own Sunil ‘Airtel’ Mittal’s OneWeb (albeit in partnership with European entities) and Amazon’s Project Kuiper, it is ironic that the first off the block in what is billed by many as global satellite internet’s most prolific market is a partnership that uses indigenous satellites.

The Hughes-ISRO service uses Ku band from India’s GSAT-11 and GSAT-29 satellites along with Jupiter technology on the ground belonging to Hughes to offer high-speed broadband internet, including downloads, video calls and connectivity in remote areas like the Kashmir-Ladakh Himalayas.

While the terrestrial coverage is as much as up to 90 per cent of the country, the initial focus of the service, and the elementary USP of satellite internet, is very much the connectivity it brings to remote locations.

“Additionally we have coverage over Bombay High and KG Basin specifically meant for off-shore rigs and ships working in that area,” the official added.

“We are confident that (the ISRO-Hughes partnership) will continue to deliver excellent quality satellite broadband services and further enhance the connectivity experience that accelerates India's digital transformation,” said Somanath. “With its inherent advantages and ubiquitous nature, the new HTS service will play a pivotal role in extending broadband connectivity to the remotest locations difficult to reach otherwise, and create economic opportunities to boost the local economy.”

While the service is available for anyone ready to sign-up, as of now it turns out to be unaffordable for individual citizens — a 1 GB per day monthly plan comes to Rs 4,590, while a 2GB per day plan costs almost double that. The receiver set (for plans above 20 GB per month) can set you back upwards of 60,000 rupees including taxes.

“We are not stopping individual consumers from adopting our broadband services but the pricing, both the one-time investment and the recurring charges, may not be amenable to the adoption of the service by consumers,” pointed out the Hughes official. The focus right now is on anyone from government departments including the armed forces, large enterprises, bank branches, gram panchayats, small and medium businesses, remote factories and mines etc.

However, there is a way out, especially for those in remote locations where regular cable broadband has not been reached. “(We) can help in setting up community WiFi hotspots in areas where terrestrial broadband or LTE is not available and extend (internet connectivity) to consumers in this manner,” said the Hughes official. “This would enable consumers to access it on their personal devices without having to invest in the terminal. Moreover, these services will be smaller sachets wherein they can buy data as per their requirement.”

However, individual users can take heart that upcoming services, like OneWeb for example, will be aiming at this segment, and it will be just a matter of cost economics before the service becomes ubiquitous like mobile connectivity is at the present. OneWeb, which already has preliminary permissions from the government, intends to provide the service through 648 low-earth-orbit (LEO) satellites and there is a chance that service, even if on a limited scale, could just kick off before the end of the year.

Eyeing the internet-from-space pie is also Ambani, whose Jio Platforms has announced plans to set up a joint venture with Luxembourg’s SES S.A., while Tata is likely to offer Lightspeed, a satellite broadband service from Canada’s Telesat.

But the one that went before, Elon Musk’s Starlink, could also be a warning to the pitfalls global players over-eager for the opportunities the Indian market may encounter. Starlink had set up an office in Bengaluru and had even taken subscriptions before the central government snubbed it for operating without requisite permissions. Starlink, which presently has more than 4 lakh subscribers globally and over 3,000 LEO satellites in service, is said to have abandoned its India plans. At least for now.