Science can clear the air for pollution policymakers 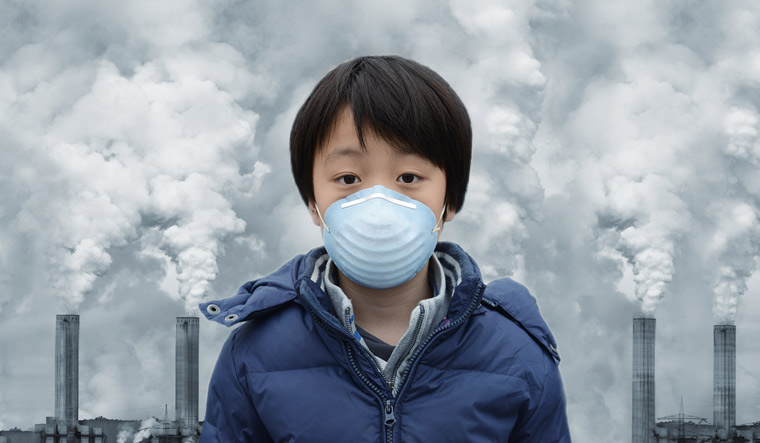 Each year, South Asian countries vie for a bleak distinction: having the world's most polluted air.

Tackling the problem starts with monitoring the pollution to identify its main sources, so they can be regulated. And the best way to monitor the pollution is to track it from all sides, bringing together ground-based observations, satellite data and atmospheric-chemistry modelling. Pollution causes and effects vary over time and across locations, so a one-size-fits-all approach is not helpful.

Surface-monitoring networks have provided valuable air-quality data for decades. They can monitor compliance with local or national air-quality standards, but they are costly to set up and maintain. There is less than one ground-based monitor per million people in most low- and middle-income countries, so this method cannot routinely track air quality and provide enough relevant information to develop policies and guidelines.

Surface monitoring is also hampered by large data gaps, data-quality concerns and limited access to data. For instance, there are inconsistencies in the units of air-quality measurement data hosted on India's Central Pollution Control Board website. In recent years, low-cost sensors to monitor air quality have been used more often, but these are also susceptible to technical biases and need regular calibration.

Space-based instruments monitor air pollution from the ground up, and this data is evaluated against the ground-based observations before it is used to investigate changes in surface air pollution. Satellites can show long-range transport of pollutants across political boundaries, especially plumes from forest- and land-clearing fires, a dominant source of air pollution in South Asia.

They have also been extensively used to monitor changes in air quality since the onset of COVID-19. But it is important to use this satellite data carefully. The air-quality improvements observed during the lockdown were not just because of lockdown-induced emission changes but also because of changes in meteorology and chemistry.

Like ground-based monitoring, the eyes in the sky have their limitations. Their viewing path may be obscured by clouds and so the measurements may not reproduce the variability in surface air pollution. Instruments that have been in space for over a decade provide measurements at a resolution of tens of kilometres, similar to sampling a large city. Recently launched instruments provide measurements at a finer resolution of a few kilometres, enabling monitoring of air pollution at sub-city level or along the tracks of large ships.

Almost all the satellite instruments are in low-Earth orbit, around 750 kilometres from the Earth. They provide global to near-global coverage, typically making one or two measurements over each location daily. This limits their ability to observe how air-pollution levels change during the day. As technology advances, there will be an increase in satellites being launched in geostationary orbit, around 36,000 kilometres from the Earth. These satellites will be able to focus on a certain geographic region and provide multiple observations for the region each day. A geostationary satellite focusing on East Asia was launched in 2020. Two more satellite missions, over North America and over Europe, will be launched in the next two years.

Both ground-based and satellite observations provide information about pollution from all existing emissions sources. This makes it tricky to use either of these observations alone to identify the relative contribution of pollutant sources, which is useful information for policymakers as they decide which sources to target and where. That's where chemical transport models come in. These models represent our best understanding of atmospheric chemistry and transport, and use information about meteorology and emissions to simulate pollutant concentrations. These simulations have been used to answer important science questions ranging from quantifying the air pollution resulting from burning fossil fuels to quantifying the contribution of COVID-19 lockdowns to air-quality improvements.

Data from chemical transport models is used with health risk-assessment models and population demographics to estimate the health burden from long-term exposure to air pollution. In this way, more than 10 million adult premature deaths worldwide have been linked to air pollution from burning fossil fuels. In South Asia, Bangladesh and India had the largest share of total premature deaths attributed to fossil-fuel combustion: 36.5 percent in Bangladesh and 30.7 percent in India.

Satellite observations, a chemical transport model and a health risk-assessment model were integrated to estimate an increase in premature mortality from long-term exposure to air pollution from 149,000 in 2005 to 275,000 in 2018 in emerging South Asian megacities.

This doesn't mean chemical transport models are perfect. They are heavily dependent on recent updates in the emissions inventory to simulate pollutant concentrations accurately. Updating emissions inventories can take a few years, and sometimes these updates have restricted access.

Integrating all the data is the key. Space-based observations can be used to identify pollution hotspots, where ground-based monitors can be set up for compliance monitoring. Chemical transport models can be used to assess the efficacy of current legislation and the impact of potential pollution-control measures. If research groups across the three approaches collaborate, we could all move a step closer to realising the vision of cleaner air.