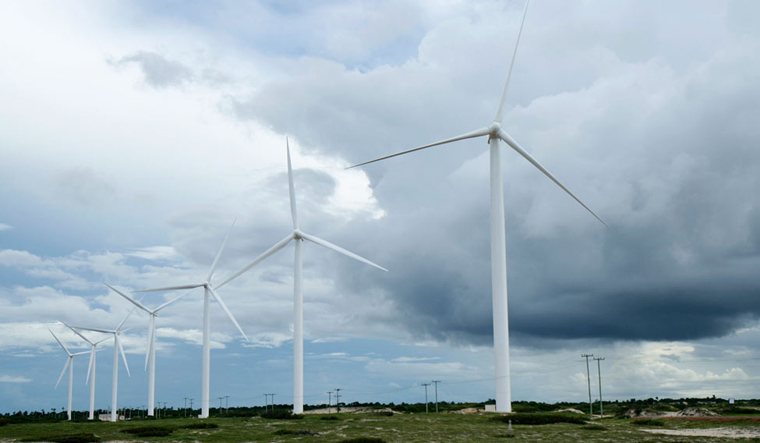 Solar and wind potential in India are likely to face a negative trend in the future due to climate change, according to a new study by Pune-based Indian Institute of Tropical Meteorology.

The researchers used state-of-the-art climate models devised by the Intergovernmental Panel on Climate Change (IPCC) to analyse the wind and solar projections for the renewable energy sector over the Indian subcontinent.

The seasonal and annual wind speed is likely to decrease over North India and increase along South India. The southern coast of Odisha and the southern Indian states of Andhra Pradesh and Tamil Nadu show promising potential for wind energy in the climate change scenario, said the study titled 'Analysis of future wind and solar potential over India using climate models'.

The study was published in the peer-reviewed journal Current Science recently.

"Solar projections for the future indicate that solar radiation will decrease during all seasons over most of the Indian landmass. For future investments in the solar power sector, central and south-central India must be considered during pre-monsoon months, as the potential loss is minimal in these regions," it said.

"The present study shows that the renewable energy fields of solar and wind potential in India are likely to face a negative trend in the future... Expanded and more efficient networks of wind and solar farms are needed to increase renewable energy production," the report read.

Parthasarathi Mukhopadhyay, one of the researchers who conducted the study, said, Our industry must adapt to the changing climate, and our technologies must keep pace. Such predictions should not be taken as facts, but as possibilities.

The efficiency of renewable energy may be impacted by climate change in the Indo-Gangetic plains. The study emphasises the importance of being prepared for scenarios of this kind and addressing it, he said.

The forecasts are important since India has updated its Nationally Determined Contributions (NDCs) to fight climate change, incorporating two of the promises made by Prime Minister Narendra Modi at the Glasgow conference -- reducing emissions intensity of GDP by 45 per cent by 2030, from 2005 level, and achieving about 50 per cent cumulative electric power installed capacity from non-fossil fuel-based energy resources by 2030.