Quarter of methane emissions in Mumbai, 6 percent in Delhi originate in landfills: Study

The research used satellite data from Delhi and Mumbai 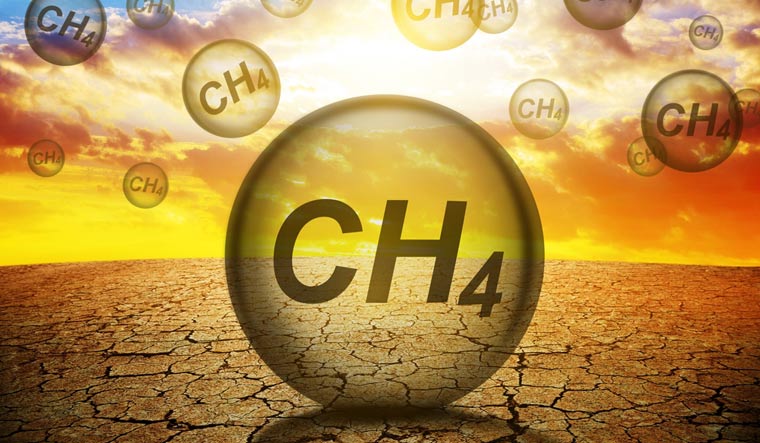 More than a quarter of methane emission in Mumbai and six per cent of the planet-warming gas in Delhi originates from landfills, according to a study that used satellite data from four major cities worldwide.

The research, published in the journal Science Advances on Wednesday, used satellite data from Delhi and Mumbai in India, Lahore in Pakistan and Buenos Aires in Argentina.

The researchers from the Netherlands Institute for Space Research, Leiden, found that emissions from landfills in 2018 and 2019 were 1.4 to 2.6 times higher than earlier estimates.

"In Buenos Aires and Mumbai, the individual landfills account for more than a quarter of total urban emissions," the authors of the study said.

For Delhi and Lahore, the figure was 6 per cent and 13 per cent respectively, they noted.

The finding may help officials to carry out targeted efforts to limit global warming by pinpointing hot spots of major concern.

The researchers noted that emissions from the oil and gas sector have received considerable attention, but there are also major opportunities for emission mitigation in the waste sector, which accounts for roughly 18 per cent of global human-caused emissions.

Solid waste emissions are caused by the decay of organic material in landfills, they said.

The researchers leveraged the synergy between satellite instruments with different spatiotemporal coverage and resolution to detect and quantify emissions from individual landfills.

They used the global surveying Tropospheric Monitoring Instrument (TROPOMI) to identify large emission hot spots and then zoom in with high-resolution target-mode observations from the GHGSat instrument suite to identify the responsible facilities and characterise their emissions.

"Using TROPOMI data... we find that city-level emissions are 1.4 to 2.6 times larger than reported in commonly used emission inventories and that the landfills contribute 6 to 50 per cent of those emissions," the authors of the study said.

"Our work demonstrates how complementary satellites enable global detection, identification, and monitoring of methane superemitters at the facility level," they said.