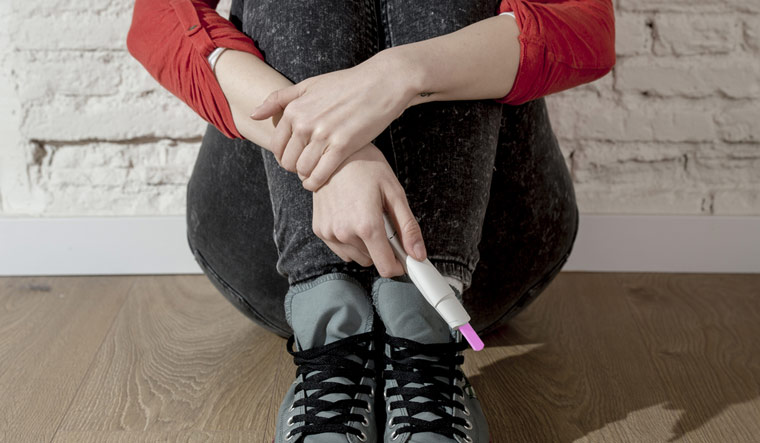 Maternal mortality ratio (MMR) in 448 of India's 640 districts are higher than the target set under UN Sustainable Development Goals (SDG), according to the first mapping of India's maternal deaths at the district level.

Arunachal Pradesh fares the worst of all states and Maharashtra the best, says the study published in the journal PLOS Global Public Health on Tuesday. Scientists analysed 61,982,623 (61.9 million) live births and 61,169 maternal deaths recorded in the Health Management Information System (HMIS) during 2017-2019.

HMIS is a web-based monitoring system put in place by the Ministry of Health & Family Welfare (MoHFW). As Census 2011 data was used, only 640 districts were considered against 773 in 2022.

The findings suggest that 70 per cent of districts (448 out of 640 districts) in India have reported MMR above 70 deaths -- a target set under Sustainable Development Goal, the researchers said.

MMR refers to deaths due to complications from childbirth or pregnancy per 1 lakh live births. The MMR under the UN's Sustainable Development Goals (SDG) for 2030 is 70. India's MMR is 113 right now.

It accounts for 15 per cent of world maternal deaths, second only to Nigeria (19 per cent), the study said.

The highest MMR is in Arunachal Pradesh (284) and the lowest in Maharashtra (40), researchers from the International Institute for Population Sciences in Mumbai, the University of Portsmouth, UK, and the University of Western Australia found.

Recent estimates of Sample Registration System (SRS) of India hve witnessed a steady decline in the MMR from 130 to 113 per 100,000 live births... ," the authors said in the journal.

MMR is a key and sensitive parameter used by health policymakers to monitor maternal health conditions in particular and women's status in general in a country.

Although MMR is falling at an average of 4.5 per cent yearly, the target set under SDG-3 is an annual rate of 5.5 per cent, the researchers said.

A comparison of successive rounds of information from the Office of Registrar General of India reveals a surprising rise in MMR in Punjab.

We are guessing that it could be due to unsafe sex-selective abortions leading to the death of women in the state. However, a detailed examination of reasons for such a rise is needed from the state government's side, the researchers said.

Among the districts, the MMR is found in the Tirap district in Arunachal Pradesh and the lowest in Kinnaur and Lahaul-Spiti in Himachal Pradesh, the researchers said.

The findings can be immensely useful in identifying hot spots' of maternal mortality within the states, thus aiding in micro-level maternal health care policy and planning.

These hotspots or cluster of districts need to initiate immediate action to meet the ambitious SDG-3 target for maternal mortality ratio and thereby eliminate all preventable maternal mortality, the researchers said.

The researchers also noted that despite some caveats about the completeness of information in a few states, HMIS is a reliable, cost-effective, and routine source for monitoring progress in reducing avoidable maternal mortality in India and its states and districts.