Why award honorary doctorates, and what do the choices say about our universities?

Universities gain a number of benefits from conferring honorary doctorates 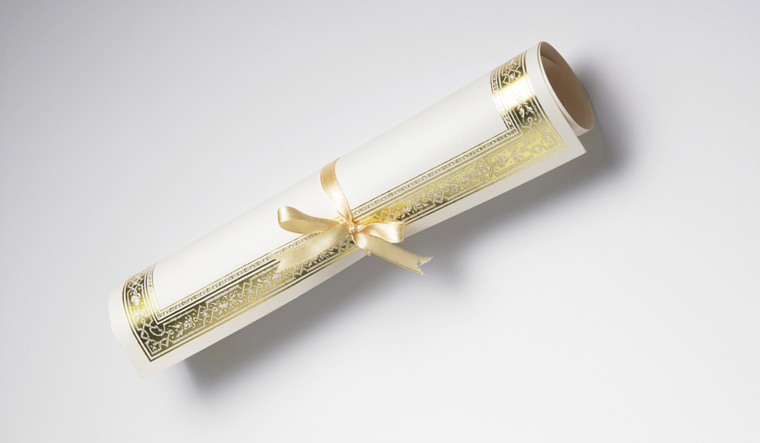 Universities like to associate themselves with exceptional individuals through the awarding of honorary doctorates, but this practice has often attracted controversy, creating headaches for university administrators.

Honorary doctorates highlight uncomfortable but important questions about the purpose of the university and its role in reinforcing and perpetuating social inequality.

The tradition and purpose of honorary doctorates

Honorary degrees (usually, though not always, doctorates) are awarded by universities to recognise outstanding achievement in a particular field, or service to the broader community.

While some universities have established separate honorary degrees, such as the Doctor of the University at Griffith University, most Australian universities have maintained the traditional system in which a range of degrees may be awarded honoris causa. This means no degree is actually undertaken, but the nominee receives the distinction in name anyway.

Universities gain a number of benefits from conferring honorary doctorates. The acceptance of an honorary degree by an exceptionally distinguished person often generates publicity and brings reflected glory on the university, in the words of one former Vice-Chancellor, preserved in the Monash University archives.

Honorary doctorates have long been used to foster advantageous connections with individuals, countries or organisations. The University of Oxford awarded the first recorded honorary doctorate in around 1478 to a brother-in-law of Edward IV in a clear attempt to obtain the favour of a man with great influence.

Honorary degrees have, unsurprisingly, usually been awarded to well-known individuals. The honouring of less-known individuals, and members of socially disadvantaged groups, has been much rarer.

In Australia, especially since the post-World War II dawn of federal funding for universities, honorary doctorates have occasioned public debate and sometimes protest.

In August 1962, the Australian National University declined to award an honorary degree to King Bhumibol of Thailand, reportedly because of his lack of academic qualifications. This created diplomatic embarrassment for the Australian government in the context of an impending royal visit.

The University of Melbourne stepped into the breach to make Bhumibol an Honorary Doctor of Laws in September 1962, which was judged a bad look in university circles. The Vice-Chancellor of Monash University, Louis Matheson, commented a little smugly in an internal memo that There is no subject to which a university should bring more delicacy and sureness of touch than the selection of its honorary graduates.

Matheson was forced to eat humble pie when in 1967 a furore erupted over his university's honouring of Victorian Premier Henry Bolte, shortly after Bolte had sanctioned the controversial execution of Ronald Ryan.

Monash's staff and student associations alike opposed the move, and the ceremony took place off-campus to minimise the risk of disruption by students. At a faux awards ceremony held by students on campus, a degree was awarded to a piglet. No pedigree for pigs was inscribed on the campus lawn.

After the Bolte row, Monash determined to never again honour a politician in office. Other universities have discovered since that doing so doesn't always end well. The University of Adelaide's award of an honorary doctorate to Foreign Minister Julie Bishop in 2017 was overshadowed by student protests about planned fee hikes and funding cuts for universities.

It is often said handing out unearned doctorates devalues the university's highest academic qualification. The award of honorary doctorates to celebrities and especially sportspeople tends to raise eyebrows and draw bitter jokes from academics about when they should expect their honorary Olympic medal.

Swimmer Ian Thorpe was recognised in 2014 by Macquarie University for sport and philanthropy, the late Shane Warne had an honorary PhD, and cricketer Sir Don Bradman famously turned down more than one honorary doctorate.

Recent public discussion of honorary degrees has focused on the diversity of recipients. The University of Melbourne was suspended from a lucrative research funding program earlier this year after awarding honorary doctorates to a group of six white men.

The under-representation of women among honorary degree recipients was highlighted by equal opportunity policies in the late 1980s and early 1990s. In 1995 Monash acknowledged that since 1964 it had awarded honorary doctorates to 122 men and just 13 women. Along with other universities, it sought to correct this, aiming for equal gender representation among recipients - a target which remains far from being achieved.

The recent University of Melbourne controversy suggested to many that modern universities, despite their public relations nous, still carry echoes of the tone-deaf ivory tower.

Melbourne no doubt exposed itself to criticism through unfortunate optics and poor handling (the university claimed a larger group of intended recipients, including three women and an Indigenous man, were unable to attend the ceremony). However, the failure of such honours to represent the diversity of the community is a sector-wide problem.

Honorary doctorates have failed to cast off their function and reputation as a kind of academic peerage. They are uncomfortable reminders that our universities are still led and occupied, for the most part, by the socially privileged few.