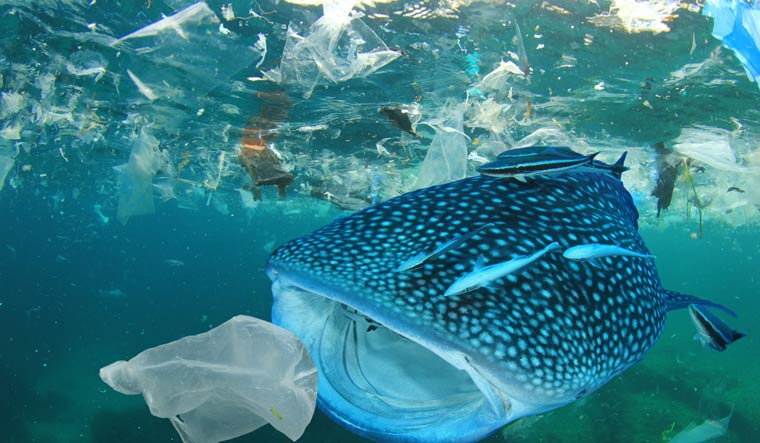 An international team of experts has called for the creation of an observation network to monitor the effect of airborne plastic pollution on oceans.

The 33-member team of experts in atmospheric, oceanography and plastic pollution came up with a strategy to quantify the trends and future importance on the global and marine plastic cycle in the new perspective published in the Nature Reviews Earth & Environment Journal.

Plastic particles have now been detected in all investigated areas of the environment including in water bodies, the soil and air. One global study estimates that by 2040 the level of plastic pollution could reach 80 million metric tonnes per year.

The expert team, led by Dr Deonie Allen from the University of Strathclyde in Glasgow and Dr Steve Allen of Dalhousie University in Canada estimate that potentially up to 25 million metric tonnes of micro and nano plastic are transported every year and form part of the atmospheric flux between the air and marine environment.

Microplastics are plastic fragments generally considered to be smaller than five millimetres in length while nanoplastics are smaller than one millionth of a meter. The atmospheric compartment of the global plastic cycle is important and helps close the loop on the plastic cycle. To quantify the importance, impact and future trends in marine and global micro and nano plastic is important as we start monitoring what is happening in our atmosphere, said Allen.

Global research into plastic pollution has highlighted that the wind can carry the particles to some of the most remote corners of the earth even faster than by ocean currents or rivers.

The new paper presents a global strategy to create a cohesive, comparable dataset that will enable the atmospheric micro and nano plastic activity to be monitored.

The proposed strategy will enable not only quantification of the ocean-atmosphere micro and nano plastic flux and therefore the influence on ecosystem and human health, but also illustrate more effective prevention and management of plastic pollution.

We need to start the long-term monitoring of atmospheric micro and nano plastic now so that we get a proper understanding of how much plastic is up there and any effect of policy or waste management is immediately obvious, Steve Allen said.