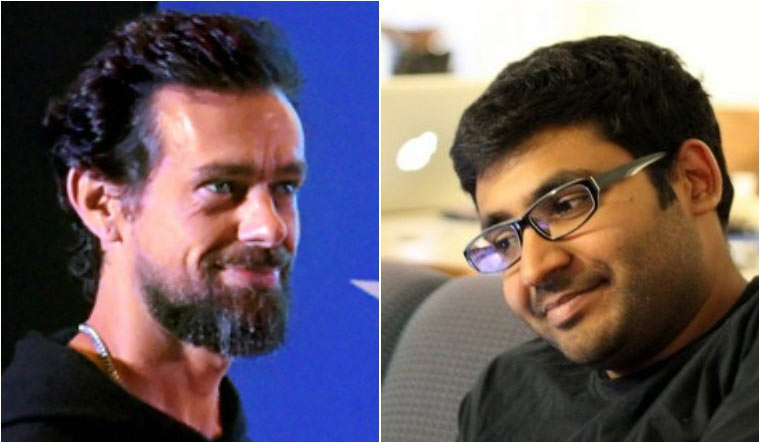 Of the many pat-on-the-back ‘Indians on top’ tweets and other social media celebratory posts that the ascension of Parag Agarwal as the new CEO of Twitter this week spawned, a few memes referring to his surname took the internet by storm. Equally funny as they were cringy, some of the good-natured jokes focused on the community’s dominance in the traditional confectionery business in the country.

Referring to the running joke of Indian parents chiding their kids to the neighbourhood high-scorer by comparing them to ‘Agarwal ji ka beta’, another intrepid Twitterati quipped, “Agarwal ji ka beta once again gonna be a taut weapon for desi parents.”

Agarwal ji ka beta will be a taut weapon in another high-stake game of thrones, too—one where the future of Twitter will be decided. The new Agarwal on the block (the community’s stranglehold on success in the tech and startup scene is near complete) may have succeeded in this round but it’s more a crown of thorns he’s been handed over.

Parag’s first, and from the internal perspectives of the globally ubiquitous brand he has taken over, the foremost job on hand will not be hate speech or dealing with cantankerous governments. It will be, to put it simply, shoring up the company’s bottomline.

Twitter may be where the world’s movers and shakers go to to let the world know what their plans are, or simply to voice their thoughts. Governments and companies use it as their megaphone, celebrities and influencers use it to connect directly with their following, while politicians and civil society use it to gauge the public mood (or try to influence it in any means, but let’s not go there right now).

Despite its sheer power of being the platform of the who’s who, a simple comparison makes it clearly evident why it has not lived up to its immense scope. The market cap of fellow social media giant Facebook (the company recently changed its name to Meta), as of this month, is 863 billion—and that’s not been its highest, having crossed the one trillion dollar magic spot back in the summer. The trillion dollar valuation is a reality for fellow tech giants like Apple as well as Microsoft. But where does Twitter stand?

The trend continues when it comes to revenue. Twitter’s revenue was just 3.72 billion dollars last year. Forget Facebook, even its subsidiary Instagram, the photo and video sharing social networking site, grossed 24 billion dollars last year—eight times more! And Twitter had a half-decade head start on Insta, having launched in 2006, before Instagram’s 2010 launch (and acquired by Facebook/Meta two years later).

Parag’s task, then, is cut out for him. Improve the bottomline of a brand and platform that is one of the world’s best known, and churn and squeeze out its best possible potential.

It is no surprise, either, when you realise that a tech guy has been brought in to do that (Parag was the chief technology officer at Twitter before his elevation). One of the biggest peeves against Jack Dorsey, the charismatic maverick who founded Twitter and steered it for most of the past one-and-a-half decade until this week, was that his attention was divided between Twitter and Squared, the other startup he founded—resulting in innovations in Twitter going slow.

While innovations and tech advancements are rapid in the tech and internet space, it has been a surprise how Twitter has remained a laggard. While it experimented with Vine, a short video feature way before TikTok went viral, it couldn’t make a success of it. The same has been the case with many other innovations where it has played catchup—a few months ago, Twitter gave up Fleets, its take on the Snapchat feature of photos and videos that disappear after 24 hours. This even as Instagram cloned it into a major success with Insta Stories, and then took on TikTok with its version called Instagram Reels. Users crib about Spaces, Twitter’s take on Clubhouse, while Super Follows and Twitter Blue programmes, Twitter’s value added services where subscribers could be charged, have had slow starts.

Worse, except for increasing the max word count for a tweet, Twitter under Dorsey has remained adamant that user-friendly features like an edit button, direct messaging search, will not be coming in at all (in a way reminding the tech world of how Steve Jobs refused to increase the screen size of Apple iPhone, arguing that the sweet spot was a phone size that can be held with one hand. iPhone screen sizes increased only after Jobs passed away).

Parag knows this too well—the way to burrow deep into a customer’s pocket would be through keeping him engaged longer, the way Facebook and Instagram does, and reap in billions of dollars in targeted advertising money. While Twitter does make money, too, many shareholders had reportedly long felt that Dorsey’s ‘hippie’ idealism had cost the company dear when it comes to more ads and better analytics.

In fact, one of the very first decisions he took after taking over was a ban on sharing of photos and videos without people’s consent. It was a signal on two levels—one, that product development and innovation will be centre stage to his blueprint for transforming Twitter post-Dorsey. And second, the promise of a more responsible and safer space the micro-blogging site will upgrade itself to.

As for the many turmoil the company faces across the world, and in particular in its home country the US or here in India, it will, of course, continue to test his mettle. Ousting Donald Trump from the site after the Capitol Hill incidents in January has put it in the crosshairs of the right, while in India, ironically both the right and the left (and the centre) accuse the company of playing favourites. Its many cases saw the company ‘smuggling’ its India chief Manish Maheshwari out of the country as there was a real danger of him getting arrested by the authorities.

While Dorsey's brand of ‘power principles’ and idealism makes way for Parag’s pragmatic approach, the future of a tech icon remains at stake. Agarwal ji ka beta will need taut determination, nerves of steel and some nimble diplomatic finesse, if he is to have a long reign on the blue-winged throne of Twitterdom.