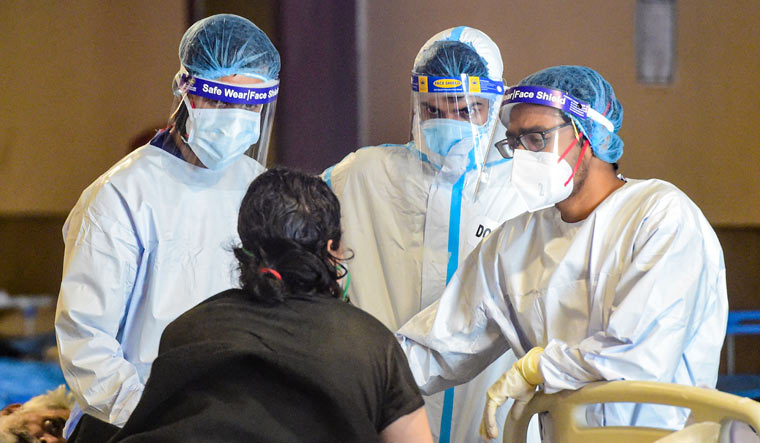 COVID-19 infections in the fully vaccinated are rare but more common and severe in people with weaker immune systems, according to a Pfizer-led study involving nearly 1.2 million people.

The research, published in the Journal of Medical Economics, found that within a pool of 1,277,747 fully vaccinated people in the US only 0.08 percent experienced a breakthrough infection between December 10, 2020 and July 8, 2021.

However, although immunocompromised individuals represented just 18 percent of those studied, they accounted for over 38 percent of infections, nearly 60 percent of all hospitalisations, and 100 percent of deaths.

"The results supplement other real-world studies, and support the introduction of a third dose of a COVID-19 vaccine to increase protection among the immunocompromised individuals," said Manuela Di Fusco, study lead author from the Pfizer Health Economics and Outcomes Research team.

"While COVID-19 mRNA vaccines help protect people from getting infected and severely ill, the risk of breakthrough infections in fully vaccinated people is not completely eliminated," Di Fusco said.

Identifying individuals in the US population who had received two doses of the Pfizer/BioNTech COVID-19 mRNA vaccine, the study looked to examine breakthrough infections among those with and without a weakened immune system.

From a large collection of US healthcare administrative data, the team analysed healthcare records of 1,277,747 people aged 16 or over who had received two doses of the Pfizer COVID-19 mRNA vaccine.

Of this group, 225,796 (17.7 percent) were identified as immunocompromised -- including people with advanced HIV/AIDS, cancer, kidney disease, rheumatologic or other inflammatory conditions, other immune conditions, and bone marrow or organ transplant recipients.

The study results showed a total of 978 (0.08 percent) breakthrough infections occurred among 1,176,907 fully vaccinated individuals who had at least two weeks of follow-up after the second dose.

Two percent of all breakthrough infections occurred in those who were immunocompromised, they said.

"While the study leveraged a large dataset that has been previously used for healthcare research in the US, the findings should be interpreted in the context of multiple limitations, including coding accuracy and data representativeness beyond the study period," Di Fusco added.