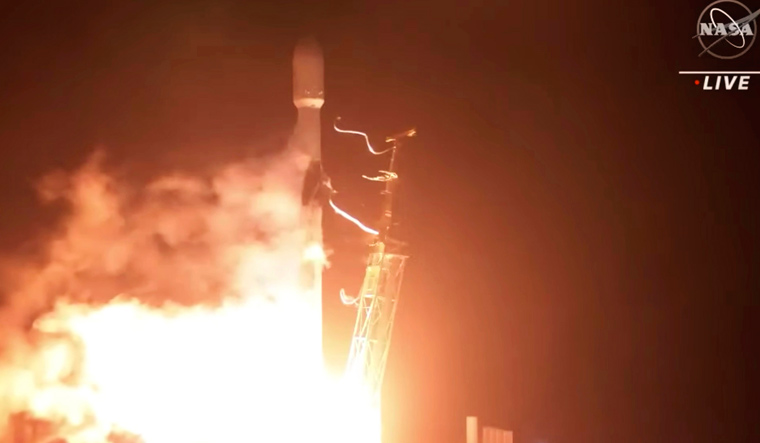 The SpaceX Falcon 9 rocket with the Double Asteroid Redirection Test, or DART, spacecraft onboard, lifts off | NASA via AP

NASA has launched the world's first planetary defense system, designed to deflect an asteroid from a potential doomsday collision with Earth.

The DART payload, about the size of a small car, was released from the booster minutes after launch to begin a 10-month journey into deep space, some 11 million km from Earth. It is target to meet an asteroid 'moonlet' which is about the size of a football stadium, bumping it hard enough to shift its orbital track around the larger asteroid. A small nudge to an asteroid millions of miles away would be sufficient to safely reroute it. 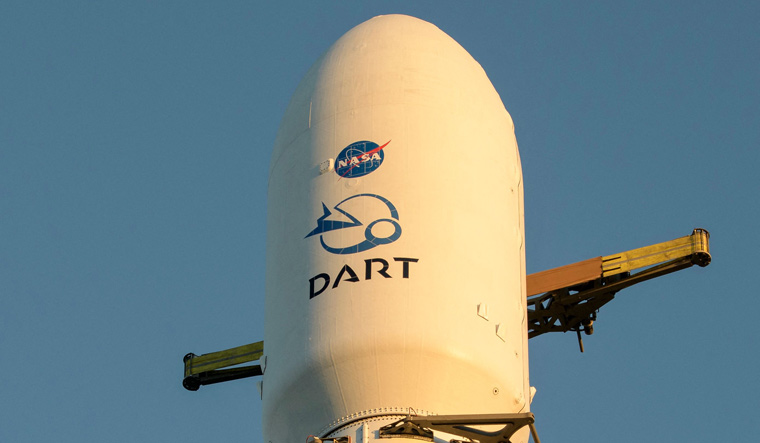 The SpaceX Falcon 9 rocket with the Double Asteroid Redirection Test, or DART, spacecraft onboard | NASA via AP

The DART spacecraft will directly fly into the moonlet at 24,000 kph, and is expected to reach the target in late September 2022.

Cameras mounted on the impactor of a mini-spacecraft to be released from DART about 10 days beforehand will record the collision and will be beamed to Earth. The estimated cost of the DART project at $330 million.