Making 'solar fuel' for aircrafts from sunlight and air 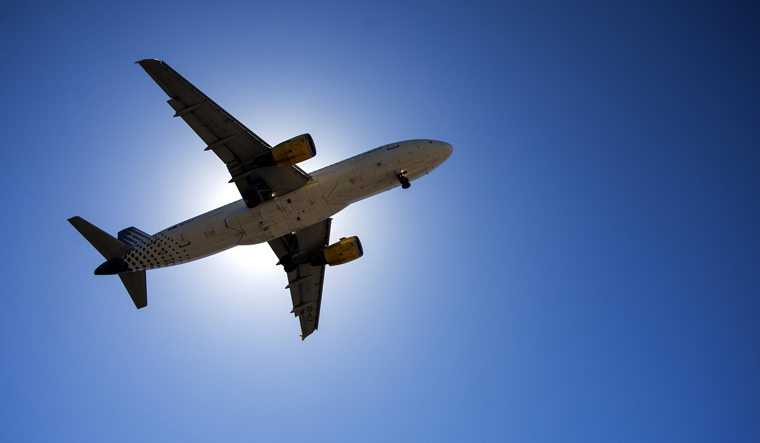 Scientists have built a plant that can produce carbon-neutral liquid fuels from sunlight and air. The next goal will be to take this technology to industrial scale and achieve competitiveness.

In a paper published in the journal Nature, researchers from ETH Zurich and Potsdam describe how this novel solar reactor functions and outline a policy framework that would provide incentives to expand the production of "solar kerosene."

Carbon-neutral fuels are crucial for making aviation and maritime transport sustainable. The plant developed in Zurich can be used to produce synthetic liquid fuels that release as much CO2 during their combustion as was previously extracted from the air for their production. CO2 and water are extracted directly from ambient air and split using solar energy. This process yields syngas, a mixture of hydrogen and carbon monoxide, which is then processed into kerosene, methanol, or other hydrocarbons.

A team of researchers led by Aldo Steinfeld, Professor of Renewable Energy Sources at ETH Zurich, have been operating the mini solar refinery on the roof of ETH's Machine Laboratory building in Zurich over the last two years. "This plant successfully demonstrates the technical feasibility of the entire thermochemical process for converting sunlight and ambient air into drop-in fuels. The system operates stably under real-world solar conditions and provides a unique platform for further research and development," says Steinfeld. The technology is now sufficiently mature for use in industrial applications.

Analyses of the entire process show that the fuel would cost 1.20 to 2 euros per litre if it were produced on an industrial scale. Desert regions with high solar resources are particularly suitable as production sites. "Unlike with biofuels, whose potential is limited due to the scarcity of agricultural land, this technology enables us to meet global demand for jet fuel by using less than one percent of the world's arid land and would not compete with the production of food or livestock feed," explains Johan Lilliestam, a research group leader at the Institute for Advanced Sustainability Studies (IASS Potsdam) and professor of energy policy at the University of Potsdam. If the materials used to build the production facilities, such as glass and steel, are manufactured using renewable energy and carbon-neutral methods, emissions can be further reduced to close to zero.

However, given the high initial investment costs, solar fuels will need political support to secure their market entry. "The European Union's existing support instruments—emissions trading and offsetting—are not sufficient to stimulate market demand for solar fuels. In view of this, we propose the adoption of a European technology-specific quota system for aviation fuel. This would require airlines to acquire a specific share of their fuel from solar sources," explains Lilliestam.

The study's authors recommend a share of 0.1 percent in the earliest phase of market adoption, when the price of "solar kerosene" will be high and production capacities low. This would have little impact on the cost of flying, but would promote the construction of production facilities and set in motion a learning curve that could lead to technological enhancements and lower prices. The quota could then be gradually increased until solar kerosene achieves a market breakthrough without further support measures.