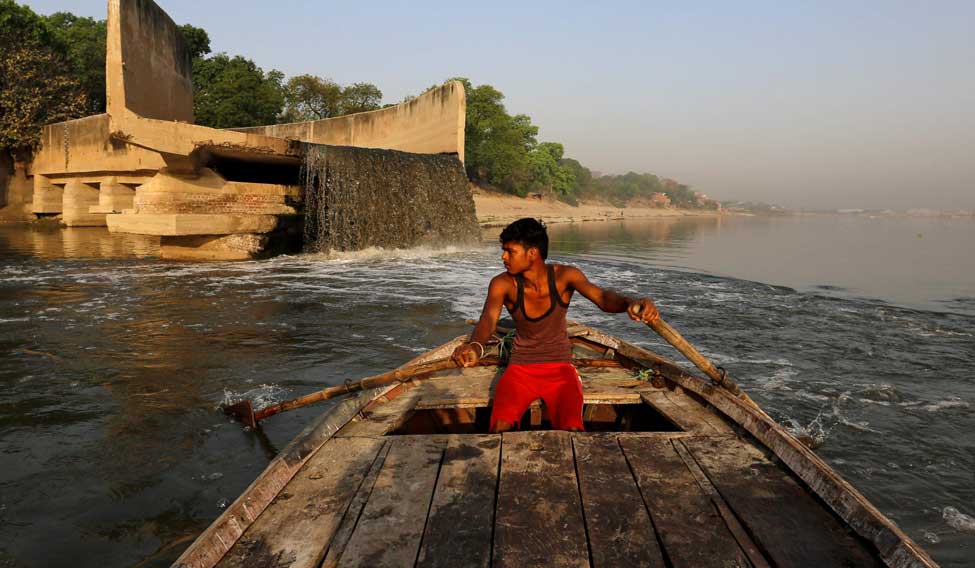 In India people increasingly worry about the damage that people cause to the planet and environmental concerns tend to be framed around worries about pollution, new worldwide climate research has found.

Glocalites, a leading research agency, and international advocacy organisation Global Citizen released the findings of one of the largest global values-based trend studies on climate action on Tuesday, ahead of the United Nations COP26 climate summit next week.

Spanning 20 countries and carried out over a six-year period, the wide-reaching research based on 247,722 interviews measured people's values around their environmental concerns and climate change and found that 78 percent of the world's population are united in their anxieties about the environment.

In India, people increasingly worry about the damage that people cause to the planet. This figure has risen from 82 percent in 2014 to 87 per cent in 2021, the study finds.

The study's release has been timed ahead of the G20 summit in Rome and COP26 summit in Glasgow, hosted by British Prime Minister Boris Johnson and being attended by Prime Minister Narendra Modi and other world leaders.

The world population has woken up to the urgency of the ecological crisis. Anxieties about human-made damage to planet Earth increasingly unite people from all walks of life, said Martijn Lampert, Research Director and Co-Founder of Glocalities.

The time has come for courageous, fact-based, and visionary leadership to build a grand coalition for safeguarding the vitality of our planet and future generations. People in all countries want to contribute and are way ahead of many political leaders in recognising the urgency of the task at hand," he said.

The research notes that several G20 nations have yet to make new climate financing commitments including the G20 host Italy, where worries about damage to the planet have increased from 83 percent to 90 percent between 2014 and 2021.

They revealed that anxieties about human-caused damage to the planet are now observed as a global trend across all age groups, gender, educational and socio-cultural backgrounds, with climate change the most important global environmental concern of our time, followed by air and water pollution.

Michael Sheldrick, Co-Founder and Chief Policy, Impact, and Government Affairs Officer of Global Citizen, added: Four in five people around the world are worried about the damage being caused to the planet. Ahead of COP26, the G20 nations responsible for 80 percent of all emissions must respond to these widespread concerns by adopting clear measures to slash emissions by half by 2030.

And developed countries including Italy, Spain, and Australia must bring forward new financial commitments in the coming days to provide the USD 10-15 billion still needed to meet the USD 100 billion annual climate promise made to developing countries.