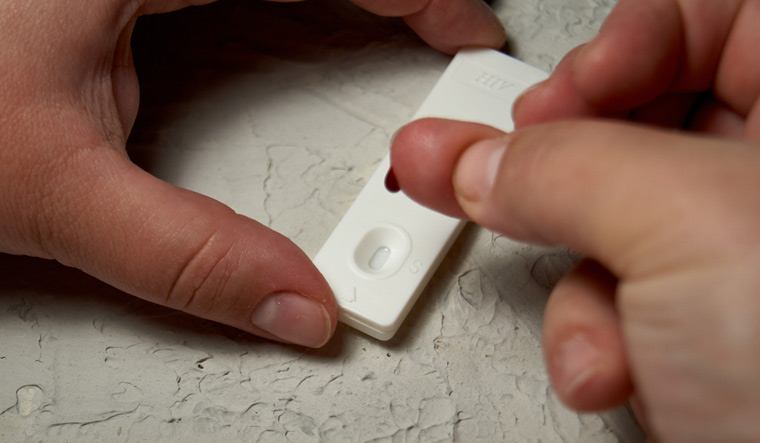 A new combination treatment for HIV can strengthen a patient's immune response against the virus even after they stop taking traditional medications, according to a study published in the journal Science Immunology we co-led at the Amara Lab at Emory Univeristy. People with HIV take a combination of HIV medications to reduce the amount of virus they have in their body. When taken as prescribed, these medications, collectively called antiretroviral therapy, can reduce the amount of virus in the body to undetectable levels. Antiretroviral therapy must be taken daily so the virus is less likely to mutate and become resistant to the drugs.

While reducing the amount of virus in the body to undetectable levels means it can no longer be transmitted, however, the most effective antiretroviral therapy drugs are unable to completely eliminate the virus. This is because HIV hides in immune-privileged areas of the body, such as certain parts of the lymphoid tissue, that are less accessible to the immune system to protect them from damage. Killer T cells, which search for and eliminate infected cells, are unable to patrol these viral reservoirs that harbour HIV.

Constant exposure to the virus can push killer T cells into a state of exhaustion in which they don't work as well. Exhausted killer T cells display more of a protein called PD-1, which functions as an off switch to its killing activity.

One way to reverse killer T cell exhaustion is to block the PD-1 off switch, but this does not boost the immune system's response to the virus. Conversely, an HIV vaccine can significantly boost immunity against the virus.

So we tested whether combining these two tactics could enhance HIV infection control. We administered a vaccine for SIV, a close cousin to HIV, with a drug that blocks PD-1 in SIV-infected rhesus monkeys treated with antiretroviral therapy.

We found that our approach generated robust anti-viral response in multiple parts of the body, including immune-privileged sites in the lymph nodes, and allowed killer T cells to infiltrate and purge viral reservoirs. Most importantly, the monkeys maintained strong immunity against the virus even after they stopped antiretroviral therapy and significantly improved their survival. None of the seven monkeys in the combination treatment group developed AIDS through our six-month follow-up period, compared with half of the monkeys who received only the vaccine or antiretroviral therapy alone.

Around 38 million people worldwide were living with HIV in 2020. If left untreated, HIV can cripple the immune system and leave the body vulnerable to normally harmless infections.

There are accessibility issues with the treatment that must be diligently taken every day for life. A 2015 study estimated that the lifetime antiretroviral therapy cost for someone who acquires HIV at age 35 is US$358,380. And many people don't have access to daily antiretroviral therapy. Around three-quarters of adults with HIV in sub-Saharan Africa do not reach persistent viral suppression due to lack of treatment availability.

Finally, even though antiretroviral therapy can thoroughly suppress HIV infection, it does not cure it. There is always a risk that the virus may mutate to become resistant to existing drugs.

Completely wiping out HIV from the body is one way to eliminate the need for daily antiretroviral therapy. But a more achievable strategy is to put the infected cells in check.

Currently, only 0.5% of HIV positive individuals are considered elite controllers who are able to suppress infection without medication.

While our study showed a potential pathway to control HIV, it is still in development and not ready for human patients. More research is necessary to understand how viral reservoirs form and why certain cells respond differently to different immunotherapies.