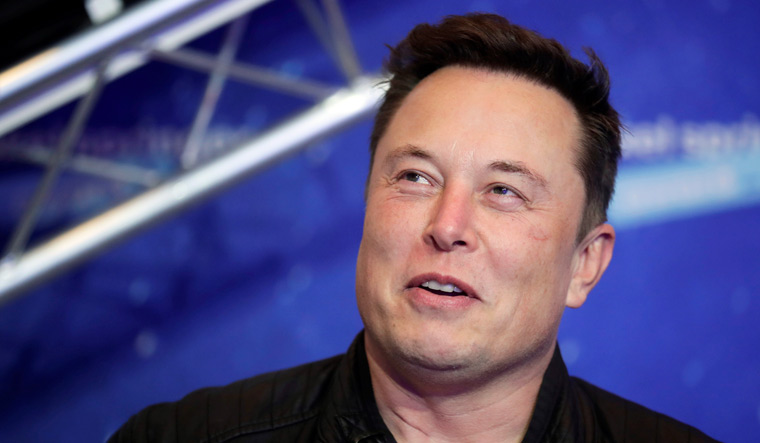 The SpaceX CEO Elon Musk has congratulated the Indian Space Research Organisation (ISRO) on the success of the third long-duration hot test of the liquid propellant Vikas engine for the Gaganyaan programme, the country's first manned mission to space.

ISRO on Wednesday successfully conducted the test for the core L110 liquid stage of the human-rated GSLV MkIII vehicle, as part of the engine qualification requirements for the Gaganyaan programme, the space agency said in a statement.

The engine was fired for 240 seconds at the test facility of ISRO Propulsion Complex (IPRC), Mahendragiri, Tamil Nadu.

The performance of the engine met the test objectives and the engine parameters were closely matching with the predictions during the entire duration of the test, it said. The objective of the Gaganyaan programme is to demonstrate the capability to send humans to low earth orbit onboard an Indian launch vehicle and bring them back to earth.

Union Minister of State (Independent charge) of Space, Jitendra Singh said in February this year that the first unmanned mission is planned in December 2021 and the second unmanned one in 2022-23 followed by the human spaceflight demonstration. Four Indian astronaut candidates have already undergone generic space flight training in Russia as part of the Gaganyaan programme.

ISRO 's heavy-lift launcher GSLV Mk III has been identified for the mission. The formal announcement of the Gaganyaan programme was made by Prime Minister Narendra Modi during his Independence Day address on August 15, 2018.

The initial target was to launch the human spaceflight before the 75th anniversary of India's independence on August 15, 2022. ISRO is also taking the help of French, Russian and US space agencies in some of the crucial activities and supply of components, sources said.

(With input from PTI)