COVID-19: Synthetic SARS-CoV-2 could be used as antiviral therapy 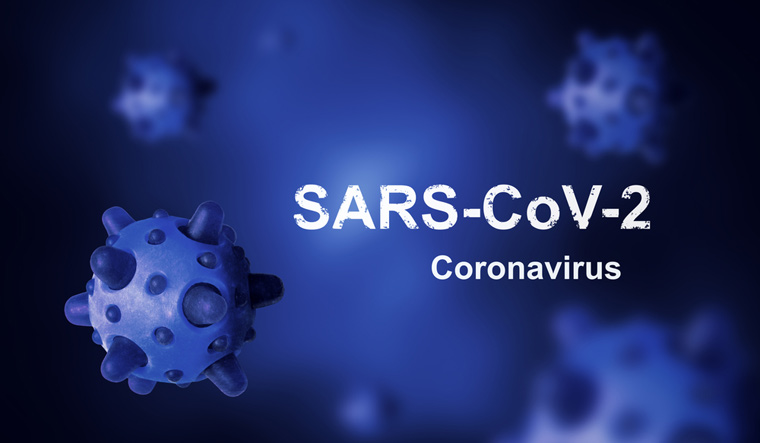 Researchers have designed a synthetic defective SARS-CoV-2 that can interfere with the growth of the real virus, potentially leading to the extinction of both the COVID-19 causing cand the artificial one.

In the study published in the journal PeerJ, the researchers explained that when a virus attacks a cell, it attaches to the cell's surface and injects its genetic material into it.

The cell is then tricked into reproducing the virus's genetic material and packaging it into virions, particles which burst from the cell and go off to infect other cells.

"In our experiments, we show that the wild-type (disease-causing) SARS-CoV-2 virus actually enables the replication and spread of our synthetic virus, thereby effectively promoting its own decline," said Marco Archetti, associate professor at Pennsylvania State University in the US.

"A version of this synthetic construct could be used as a self-promoting antiviral therapy for COVID-19," Archetti said.

The researchers noted that defective interfering (DI) viruses, which are common in nature, contain large deletions in their genomes that often affect their ability to reproduce their genetic material and package it into virions.

However, DI genomes can perform these functions if the cell they have infected also harbours genetic material from a wild-type virus, they said.

In this case, the researchers said, a DI geneome can hijack a wild-type genome's replication and packaging machinery.

"These defective genomes are like parasites of the wild-type virus," said Archetti.

"Given the shorter length of their genomes as a result of the deletions, DI genomes can replicate faster than wild-type genomes in coinfected cells and quickly outcompete the wild-type," Archetti said.

The team found that synthetic DI genome can replicate three times faster than the wild-type genome, resulting in a reduction of the wild-type viral load by half in 24 hours.

They then quantified the relative amounts of the DI and wild type genomes in the cells over time points, which gave an indication of the amount of interference of the DI genome with the wild-type.

The study found that within 24 hours of infection, the DI genome reduced the amount of SARS-CoV-2 by approximately half compared to the amount of wild-type virus in control experiments.

The researchers also found that the DI genome increases in quantity 3.3 times as fast than the wild-type virus.

Archetti said that the 50 per cent reduction in virus load that they observed over 24 hours may not be enough for therapeutic purposes as the DI genomes increase in frequency in the cell.

The researchers said further experiments are needed to verify the potential of SARS-CoV-2 DIs as an antiviral treatment, suggesting that the experiments could be repeated in human lung cell lines, and against some of the newer variants of SARS-CoV-2.

In their follow-up research, that is still unpublished, the team has used nanoparticles as a delivery vector and observed that the virus declines by more than 95 per cent in 12 hours.

"With some additional research and fine-tuning, a version of this synthetic DI could be used as a self-sustaining therapeutic for COVID-19," Archetti added.