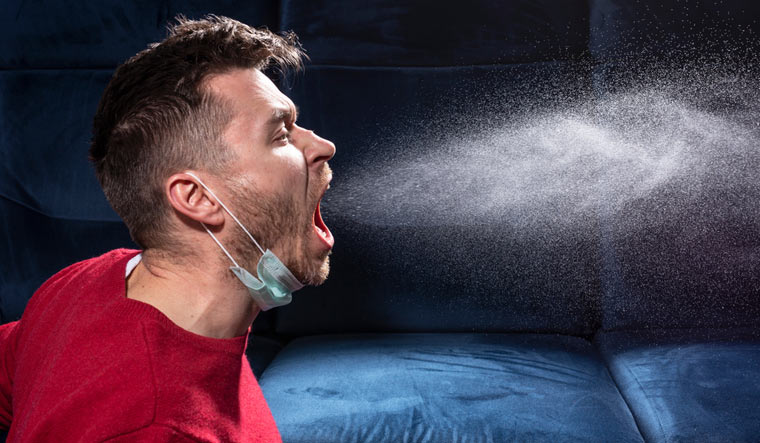 Wearing masks can reduce the spread of the coronavirus | Shutterstock

Covid-19 is spread not only through coughs and sneezes, but also through droplets released when an infected person speaks. Unmasked speech in confined spaces poses the greatest risk of spreading SARS-CoV-2, the virus that causes COVID-19, to others.

Most concerning are intermediate-sized droplets that remain suspended in air for minutes and can be transported over considerable distances by convective air currents, says the  new study published in the Journal of Internal Medicine indicates.

A previous study says speaking produces 2600 droplets per second that can linger up to 14 minutes.

The focus of the review is on the interface between physics and medicine, and it describes how different sized respiratory droplets emitted while speaking span a continuum of sizes and can carry different amounts of virus.

"We've all seen some spit droplets flying when people talk but there are thousands more, too small to be seen by the naked eye. When the water evaporates from such speech-generated, potentially virus-rich droplets, they float in the air for minutes, like smoke, thus putting others at risk," said senior author Adriaan Bax, of the National Institute of Diabetes and Digestive and Kidney Diseases.