Bats map the world in units of time

Their spatial perception is based on time and not distance 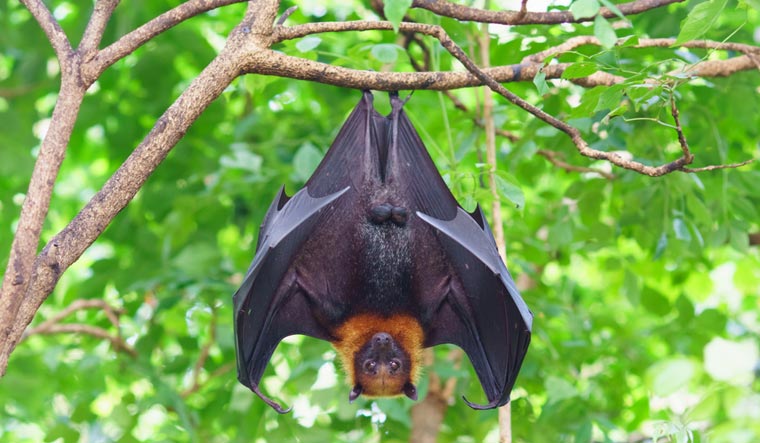 The study by Tel Aviv University has been published in the Proceedings of the National Academy of Sciences.

In order to prove this, the researchers raised bats from the time of their birth in a helium-enriched environment in which the speed of sound is higher than normal.

In order to determine where things are in a space, bats use sonar—they produce sound waves that hit objects and are reflected back to the bat. Bats can estimate the position of the object based on the time that elapses between the moment the sound wave is produced and the moment it is returned to the bat. This calculation depends on the speed of sound, which can vary in different environmental conditions, such as air composition or temperature. For example, there could be a difference of almost 10% between the speed of sound at the height of the summer, when the air is hot and the sound waves spread faster, and the winter season. Since the discovery of sonar in bats 80 years ago, researchers have been trying to figure out whether bats acquire the ability to measure the speed of sound over the course of their lifetime or are born with this innate, constant sense.

Now, researchers led by Prof. Yossi Yovel, head of the Sagol School of Neuroscience and a faculty member of the School of Zoology in the Faculty of Life Sciences and his former doctoral student Dr. Eran Amichai (currently studying at Dartmouth College) have succeeded in answering this question. The researchers conducted an experiment in which they were able to manipulate the speed of sound. They enriched the air composition with helium to increase the speed of sound, and under these conditions raised bat pups from the time of their birth, as well as adult bats. Neither the adult bats nor the bat pups were able to adjust to the new speed of sound and consistently landed in front of the target, indicating that they perceived the target as being closer -- that is, they did not adjust their behavior to the higher speed of sound.

Because this occurred both in the adult bats that had learned to fly in normal environmental conditions and in the pups that learned to fly in an environment with a higher-than-normal speed of sound, the researchers concluded that the rate of the speed of sound in bats is innate -- they have a constant sense of it. "Because bats need to learn to fly within a short time of their birth," explains Prof. Yovel, "we hypothesize that an evolutionary 'choice' was made to be born with this knowledge in order to save time during the sensitive development period."

Another interesting conclusion of the study is that bats do not actually calculate the distance to the target according to the speed of sound. Because they do not adjust the speed of sound encoded in their brains, it seems that they also do not translate the time it takes for the sound waves to return into units of distance. Therefore, their spatial perception is actually based on measurements of time and not distance.

"What most excited me about this study is that we were able to answer a very basic question—we found that in fact bats do not measure distance, but rather time, to orient themselves in space. This may sound like a semantic difference, but I think that it means that their spatial perception is fundamentally different than that of humans and other visual creatures, at least when they rely on sonar. It's fascinating to see how diverse evolution is in the brain-computing strategies it produces," said Prof. Yossi Yovel.