A simple method of authenticating wine could help prevent fraud 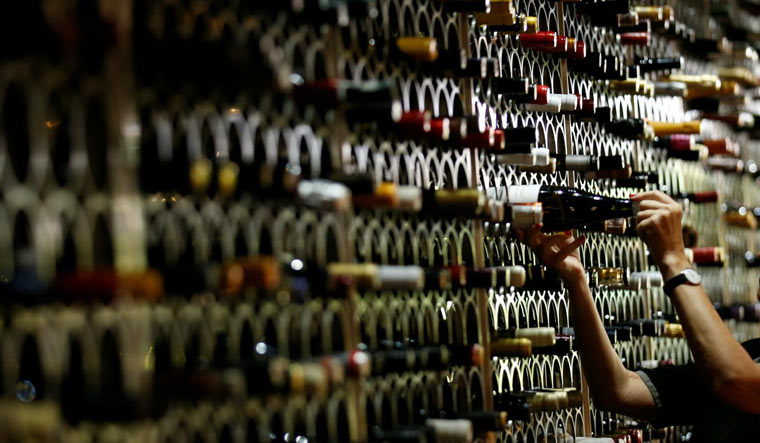 Wine researchers are developing a fast and simple method of authenticating wine as a potential solution against the estimated billions of dollars' worth of wine fraud globally.

The novel technique of molecular fingerprinting using 'fluorescence spectroscopy', a technology that analyses fluorescence of molecules, could offer a possible means of building regional branding.

The team of scientists from University of Adelaide were able to identify the geographical origins of wines originating from three wine regions of Australia and from Bordeaux in France with 100 percent accuracy .

The study has been published in the journal Food Chemistry.

"Wine fraud is a significant problem for the global wine industry, given a yearly economic impact within Australia alone estimated at several hundred million dollars, and globally thought to be in the billions of dollars," says Ruchira Ranaweera, PhD student in the University's Waite Research Institute, who conducted the research.

"Wine authentication can help to avoid any uncertainty around wine labeling according to origin, variety, or vintage. The application of a relatively simple technique like this could be adapted for use in the supply chain as a robust method for authentication or detection of adulterated wines."

The researchers looked at Cabernet Sauvignon—a globally important grape variety and the second most planted in Australia—from three different wine regions of Australia and Bordeaux in France, the birthplace of Cabernet Sauvignon.

"This method provides a 'fingerprint' of the samples according to the presence of fluorophoric or light-emitting compounds," says Ms Ranaweera. "When used in combination with a robust data analysis using a particular machine learning algorithm, it is proving to be a powerful technique for authentication."

In every wine they tested using the novel combination of fluorescence spectroscopy with machine learning-driven data analysis, they were able to correctly allocate the wine to region with the fluorescence data but not with elements determined by ICP-MS.

There are other useful applications of this technology for the wine industry that are available now or in the pipeline, such as phenolic and wine colour analysis, and smoke taint detection.

"Other than coming up with a robust method for authenticity testing, we are hoping to use the chemical information obtained from fluorescence data to identify the molecules that are differentiating the wines from the different regions," Jeffery says.

"This may help with regional branding, by understanding how their wines' characteristics are influenced by the region and how they differ from other regions."