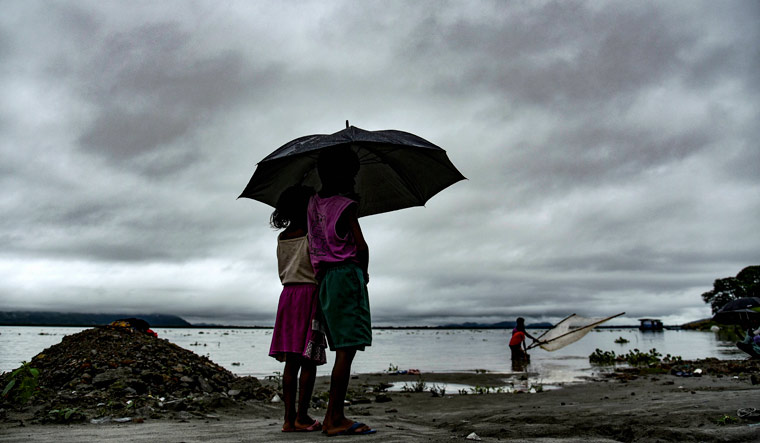 Monsoon has retreated late from the country 28 times in the last 45 years, the India Meteorological Department (IMD) data suggests, pointing to a shifting weather pattern.

The normal date for the onset of monsoon over Kerala is June 1. According to the revised monsoon schedule from this year, it usually covers the entire country by July 8.

This year the southwestmonsoonmade an onset over Kerala on June 1 and covered the entire country by June 26, 12 days ahead of its normal date of July 8.

The withdrawal was late. It retreated from west Rajasthan and parts of Punjab on September 28, 13 days after its normal withdrawal date.

It withdrew from the rest of the country on October 28, 13 days after its normal withdrawal date. Earlier, the withdrawal date was October 15 which has now been revised to October 17.

There is a trend that the monsoon has been arriving and retreating late. This could be due to large scale multi-decadal oscillation. We have a 60-year cycle of monsoon, so it could be part of that. There is a shift in the monsoon pattern, said M Rajeevan, secretary of the Ministry of Earth Sciences.

Rajeevan, who has studied monsoon for the last 35 years as a scientist, said, This could be part of that or it could be due to climate change. We are not sure about the exact reason behind this. We need to do a very detailed study to understand.

Mahesh Palawat, vice president Skymet Weather, said the extended monsoon could be because of global warming.

The Bay of Bengal witnesses' cyclonic systems probably due to this heating. These systems, after reaching the Odisha-Andhra Pradesh coast, tend to recurve towards the northeast. But this year we have seen that they travelled all through central India. This delayed the withdrawal of monsoon, Palawat said.

He added that this has been the trend for the last few years but there hasbeen nostudy on it.

The late withdrawal also has its effects, especially on farming.

Former IMD director general K J Ramesh said sowing picks up only after 60-70 millimetres of rains is realised in the farms. This happens from the third week of June to the end of July.

October is the fag end of cropping. A day or an alternate day's spell is okay, but if the fields are inundated then there is a danger of losing the entire crop, Ramesh said.

This year October saw two-three cyclonic circulations. One intensified into a deep depression, bringing heavy rains over Andhra Pradesh, Telangana, Maharashtra, Karnataka and Goa. Thousands of hectares of crops and horticulture crops were destroyed due to the unseasonal rain.