‘We never know exactly how many koalas were there’ 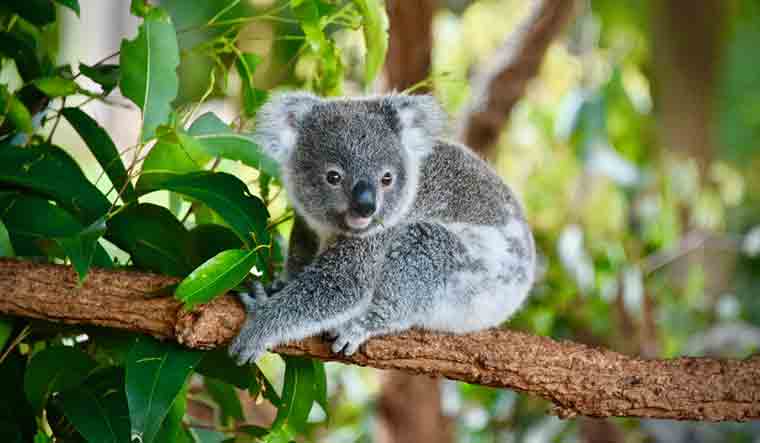 Finding a koala in a complex environment could be very challenging

Aussie researchers have published an improved and innovative method for estimating the number of koalas in an area by using drones and an artificial intelligent algorithm.

The study, published in the journal Ecology and Evolution, explains the statistical method that uses the number of koalas automatically detected in infrared images of bushland as a starting point.

A New South Wales parliament report in June says that the bushfires destroyed 24 per cent of koala habitat and killed at least 5,000 koalas.

Professor Hamilton, who co-authored the latest study with PhD student Evangeline Corcoran and Dr Simon Denman, said all methods for spotting koalas in heavy bushland faced challenges, whether spotters used traditional methods such as people looking up at the trees, dogs brought in to sniff out the koalas or high-tech tools such as infrared drones.

The lead author on the article, Evangeline Corcoran, said that finding wildlife in a complex environment could be very challenging.

“We never have perfect knowledge, so we never know exactly how many koalas were there when we do a count,” Ms Corcoran said.

“No matter how accurate the drone cameras, a koala could be hiding behind a branch when the drone flies over the area or perhaps one koala is counted twice in an aerial survey.

“That’s why we generally have a margin of error. We use different terminology, but for example in general terms our current count might have an error margin of plus or minus 10 per cent. That means we’re confident that the true number of koalas is somewhere within the margin of error.

“By accounting for different factors about the site that can impact on how many koalas we detect, we’re making the margin of error smaller and so making our estimates more accurate.

“In this way, we are deriving a count figure that accounts for more factors such as temperature, which is an important consideration because our thermal cameras give a more accurate estimate when its colder, and the density of the forest canopy.”

Professor Hamilton is currently involved in a project in which he is using his artificial intelligence (AI) system that uses drones and infrared imaging in a collaborative project to count Kangaroo Island’s surviving koala population after the recent devastating bushfires.

Professor Hamilton’s system for detecting koalas in bushland begins with drones fitted infrared cameras covering an area in a “lawnmower” pattern at early morning and during the colder months so that the heat of the koalas better stands out.