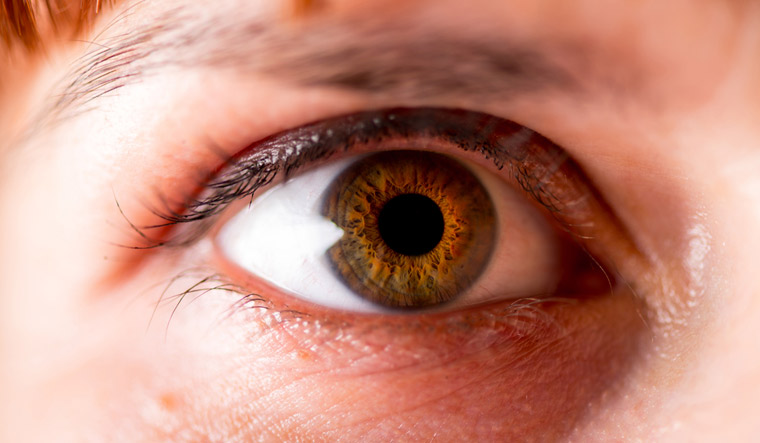 New research has revealed a mutual relationship between eye movements and the sense of touch.

Tiny eye movements can be used as an index of humans' ability to anticipate relevant information in the environment independent of the information's sensory modalities like light, sound, taste, temperature, pressure and smell.

"This connection between the eyes and touch reveals a surprising link across perception, cognition, and action," adds Stephanie Badde, an NYU post-doctoral researcher and first author of a study published in journal Nature Communications.

"The fact that tiny eye movements can hinder our ability to discriminate tactile stimuli, and that the suppression of those eye movements before an anticipated tactile stimulus can enhance that same ability, may reflect that common brain areas, as well as common neural and cognitive resources, underlie both eye movements and the processing of tactile stimuli," explains Marisa Carrasco, a professor of psychology and neural science at New York University and the senior author of the paper.

Tactile stimulation activates the nerve signals beneath the skin’s surface and informs the body of different touch sensations that include texture, temperature and other touch-sensations.

The study asked human participants to distinguish between two kinds of vibrations ("fast"—high frequency vs. "slow"—low frequency) that were produced by a device connected to their finger. The researchers then tracked even the tiniest of their involuntary eye movements, known as micro-saccades. These small, rapid eye-movements are known to occur even when we try to fixate our gaze on one spot. Here, participants were instructed to focus their vision on a fixation spot on a computer screen. A cue—a tap elicited by the device at their finger—would announce the next imminent vibration. What the participants did not know is that the time interval between that cue and the tactile vibration was a central part of the experimental design.

The manipulation of that interval allowed participants in some blocks to predict with more accuracy precisely when the vibration would happen. Notably, when they had that precise information, the researchers could see not only how the participants' microsaccade rates— small saccades typically less than 0.1 degree of visual angle produced during attempted fixation—would decrease just before the vibration stimulus, but also how their ability to distinguish between fast and slow vibrations was enhanced by the suppression of microsaccades (also known as fixational saccades).

Caroline Myers, an NYU graduate student, and Shlomit Yuval-Greenberg, an associate professor at Tel-Aviv University were the co-authors of the paper.