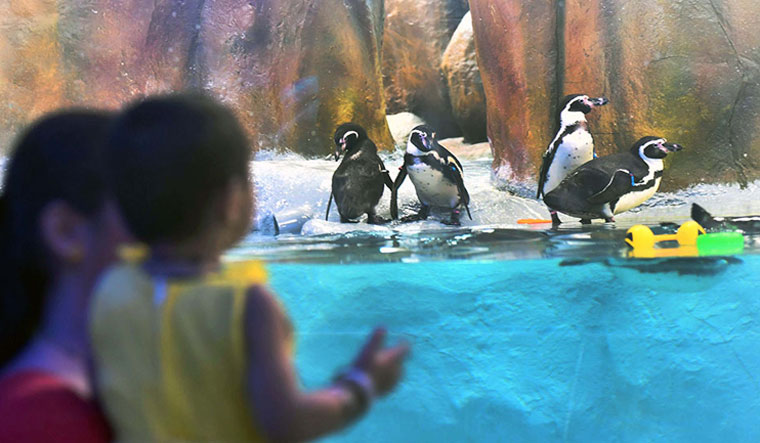 Zoos where large, iconic animals like rhinos, tigers, and bears reside see more visitors, according to a study which suggests housing peculiar species can be an alternative for zoos to attract more people, and help conserve biodiversity.

The study, published in the journal Nature Communications, noted that it is usually difficult for zoos to accommodate large animals since they take up a lot of space and resources, meaning relatively few can be housed.

According to the researchers, including those from Trinity College Dublin in Ireland, alternative strategies to encourage visitor attendance include the housing of unusual animals.

"While having big charismatic animals is one way to gather an audience, having a more unusual collection of species is an alternative way to drive gate receipts and with them conservations fund," said Kevin Healy, co-author of the study from the National University of Ireland, Galway.

Citing an example, the researchers said a collection of many different butterfly species or threatened amphibians may also boost visitor counts.

According to co-author Yvonne Buckley from Trinity College Dublin, the study provides "global evidence to suggest that zoos don't need to compromise their economic viability, and entertainment value in order to have a significant value to conservation."

In the study, the scientists modelled the relationships between visitor attendance, animals, conservation, and other factors for more than 458 zoos in 58 countries around the world.

The findings revealed that attendance and conservation funding at zoos and aquariums are influenced by factors like size and variety of species.

"Zoos and aquariums not only breed and maintain populations of thousands of wildlife species but they also act as centres for public education, wildlife rehabilitation, scientific research and public entertainment," said study co-author Andrew Mooney from Trinity College Dublin.

The researchers noted that zoos and aquariums attract more than 700 million people annually around the world, providing an unparalleled audience for conservation education.

"Housing large, charismatic animals in zoos and aquariums is being questioned more and more from an ethical perspective, but our research concludes that these animals do not solely play an entertainment role, but also serve a broader conservation purpose by indirectly increasing in situ project investment," Mooney said.