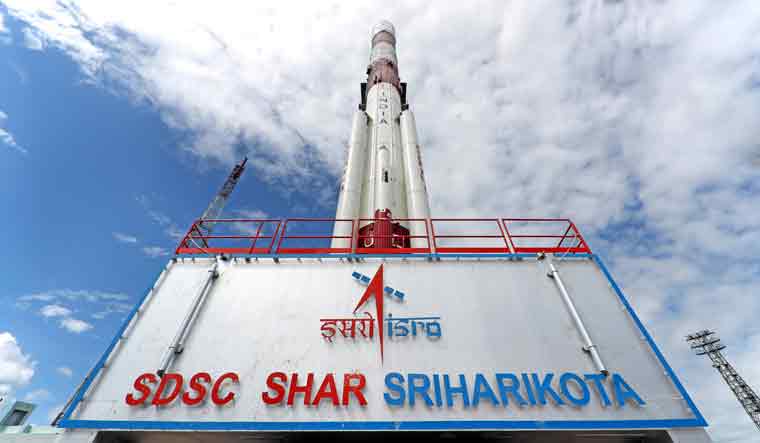 At 3.25 pm on Wednesday, the ISRO will launch India's defence satellite RISAT-2BR1 and nine commercial satellites through the PSLV-C48 from the Satish Dhawan Space Centre at Sriharikota. The launch assumes significance as PSLV-C48, the 50th mission of PSLV, will be carrying the spy satellite of India to space.

A successful launch is expected to enhance India's weather and and agricultural capabilities, in addition to providing the much needed surveillance capabilities to find out terrorist movements and prevent incidents like the 2008 Mumbai attacks.

RISAT-2BR1, a radar imaging earth observation satellite weighing about 628 kg, will be placed into a low-earth orbit at 576 km, at an inclination of 37 degree. The PSLV-C48 will also carry nine customer satellites of Israel, Italy, Japan and the USA. The international customer satellites are being launched under a commercial arrangement with NewSpace India Limited (NSIL).

RISAT-2BR1 comes with the advantage of the Synthetic Aperture Radar (SAR) that will help increase its surveillance capabilities. “The primary payload is the RISAT-2BR1, which will give India all-weather surveillance capabilities. The RISAT-2BR1 uses SAR that can penetrate clouds and observe images on the ground with a ground sampling distance of barely 35 cms. It is also carrying 9 other smaller commercial payloads, including an Israeli student satellite,” said Rajendra Prasad, chief business officer, Satellize (formerly Exseed Space).

SAR is data rich and can complement data from other sources. “SAR satellite is an emerging source of data that can complement data from other bands and other sensors with applications in military and civilian areas. We in India are still doing large SAR systems that are, of course, better performers when it comes to smaller SAR systems. Given that SAR satellites are much more power hungry and have almost just 10 per cent duty cycle on orbit, it would be also interesting for India to develop a fleet of smaller SAR systems that will complement the larger ones like RISAT. Ultimately, the power lies in the ability to make data available to the end users and we should hope that India follows suit of countries like Japan who have made SAR data from modern satellites such as ALOS freely to end users,” Narayan Prasad, co-founder and chief operations officer, Satsearch told THE WEEK.

Some experts have similar views on the enhanced surveillance capabilities of the satellite. “It is a great milestone for ISRO. Radar imaging is immune to cloud cover and is good for monitoring Earth under all-weather conditions with great applications in military surveillance, agriculture, forestry and disaster management support,” Pawan Kumar Chandana, CEO of Hyderabad-based Skyroot Aerospace told THE WEEK.

Interestingly PSLV-C48 is the 2nd flight of PSLV in 'QL' configuration (with four strap-on motors). This will be the 75th launch vehicle mission from SDSC SHAR, Sriharikota and 37th launch from the first launch pad.