US' John Goodenough became the oldest Nobel laureate at 97 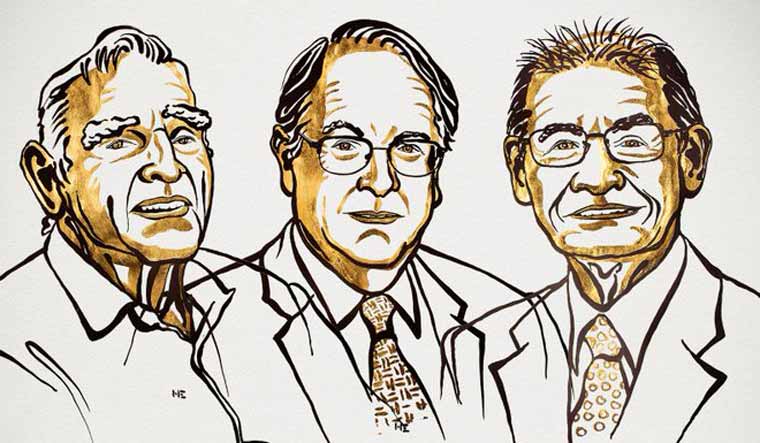 Three scientists on Wednesday were awarded the Nobel Prize in Chemistry for their contributions to the development of lithium-ion batteries, which have reshaped energy storage and transformed cars, mobile phones and many other devices in an increasingly portable and electronic world.

The prize went to John B. Goodenough of the University of Texas; M. Stanley Whittingham of the State University of New York at Binghamton; and Akira Yoshino of Asahi Kasei Corporation and Meijo University in Japan.

Goran Hansson, secretary general of the Royal Swedish Academy of Sciences, said the prize was about “a rechargeable world”.

In a statement, the committee said lithium-ion batteries “have revolutionised our lives” and the laureates “laid the foundation of a wireless, fossil fuel-free society”. The Nobel committee said the lithium-ion battery has its roots in the oil crisis in the 1970s, when Whittingham was working to develop methods aimed at leading to fossil fuel-free energy technologies.

The prizes come with a 9-million kronor (USD 918,000) cash award, a gold medal and a diploma that are conferred on December 10 the anniversary of Nobel's death in 1896 in Stockholm and in Oslo, Norway.

Prize founder Alfred Nobel, a Swedish industrialist who invented dynamite, decided the physics, chemistry, medicine and literature prizes should be awarded in Stockholm, and the peace prize in Oslo.

On Tuesday, Canadian-born James Peebles won the Physics Prize for his theoretical discoveries in cosmology together with Swiss scientists Michel Mayor and Didier Queloz, who were honored for finding an exoplanet a planet outside our solar system that orbits a solar-type star.

Americans William G. Kaelin Jr and Gregg L. Semenza and Britain's Peter J. Ratcliffe won the Nobel Prize for advances in physiology or medicine on Monday. They were cited for their discoveries of “how cells sense and adapt to oxygen availability”.

Two literature laureates are to be announced Thursday, because last year's award was suspended after a scandal rocked the Swedish Academy. The coveted Nobel Peace Prize is Friday and the economics award on Monday.