Can e-cigarettes help you to quit smoking? 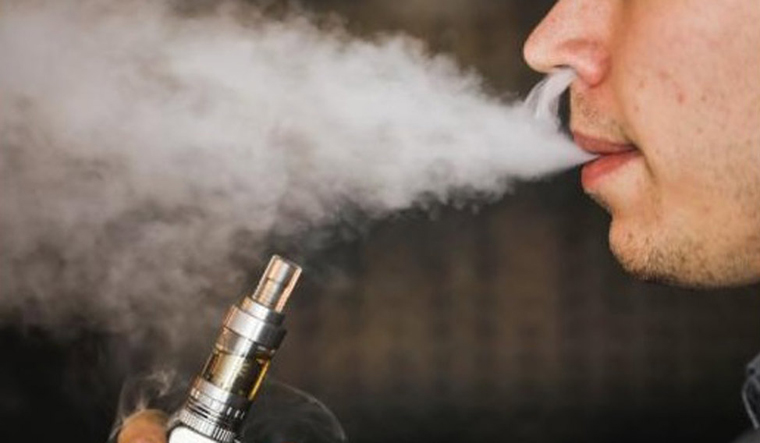 An organisation representing e-cigarette users in India questioned the Union Health Ministry's advisory to states to not allow manufacture, sale and advertisement of e-cigarettes and other Electronic Nicotine Delivery Systems (ENDS), saying smoking rates among youth are declining in countries that have allowed vaping.

Association of Vapers India (AVI) asked why the government is not banning tobacco cigarettes if it is so concerned about nicotine.

The Health Ministry yesterday asked all states and UTs to not allow the manufacture, sale and advertisement of e-cigarettes and other ENDS, warning that its use pose a "great health risk" to public at large, especially to children and pregnant women.

ENDS are devices that heat a solution to create an aerosol, which also frequently contains flavours, usually dissolved into propylene glycol and glycerin.

Vaping refers to inhaling and exhaling the vapour produced by an electronic cigarette or similar device.

The body also rubbished government contention that vaping will increase smoking rates among teens, citing evidence to the contrary from a survey of 60,000 teens conducted by Public Health England.

"This claim is bogus as smoking rates among youth are declining in all countries that have allowed vaping. In fact, after vaping was introduced, overall smoking rates have declined at a historical rate, which clearly points to the tremendous harm reduction potential of vaping," said AVI director Samrat Chowdhery.

Chowdhery said the evidence the government claims to have is either outdated or intentionally misinterpreted.

It is widely accepted by all major scientific institutions from Royal College of Physicians, American Cancer Society, National Academies for Sciences and Engineering as well as the USFDA that e-cigarettes are substantially less harmful than combustible cigarettes.

"Extensive studies have been done on presence of metals in e-vapour and it has been consistently found that their presence is too minuscule to cause harm. The smoke released from tobacco cigarettes have much higher levels of metals compared to e-vapour," Chowdhery said.

On the other hand, Deepak Mukarji, an advocate of harm reduction to people and the planet under the banner 'The Alternatives', said he is disappointed with the central government directives to ban e-cigarettes.

"This retrograde step denies harm reduction and potentially lifesaving alternatives to smokers by ignoring science and its emerging technologies.

"The UK parliamentary Science and Technology Committee report is a good basis for India to relook at the science and evidence towards implementing legislation that can regulate the product development, manufacture, and distribution of licensed smoke-cessation and harm reduction vaping products," Mukarji said.

Electronic cigarettes or e-cigarettes, the most common prototype, are devices that do not burn or use tobacco leaves but instead vaporise a solution, which a user then inhales. The main constituents of the solution, in addition to nicotine, are propylene glycol (with or without glycerol and flavouring agents).

"It is evident that the Electronic Nicotine Delivery Systems, including e-cigarettes, heat-not-burn devices, vape, e-sheesha, e-nicotine flavoured hookah, and the like devices or products available by whatsoever name, that enable nicotine delivery or its use, are a great health risk to public at large, especially to children, adolescents, pregnant women and women of reproductive age," the advisory said.