Two years after her return, home is no happy place for India's daughter Geeta 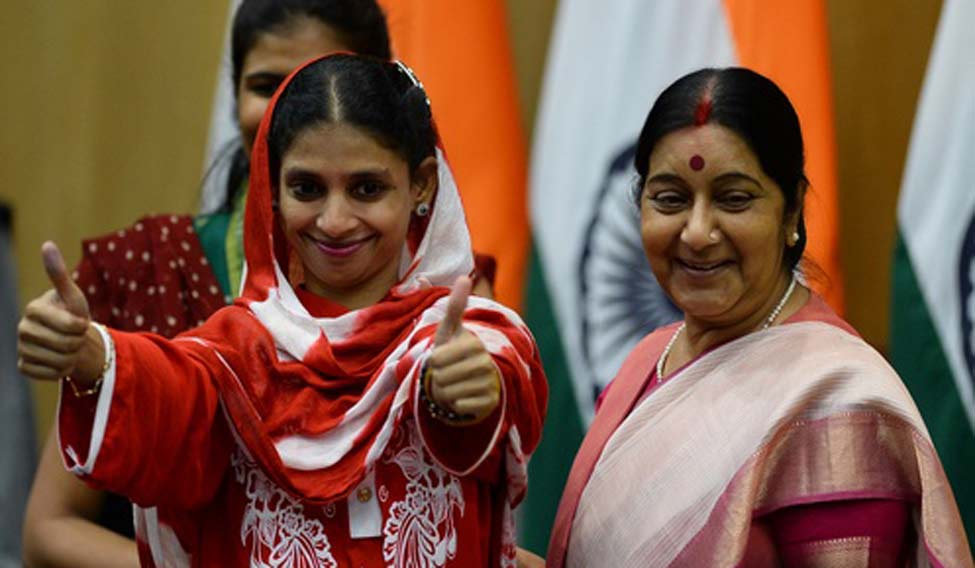 Deaf-mute girl Geeta was brought back from Pakistan in 2015

Deaf-mute girl Geeta, who was brought back from Pakistan in 2015 and is currently under the protection of an NGO in Indore, is reportedly upset at not being able to find her parents. She is also disappointed over the administration's plans to shift her from children's home in Indore where she was staying for more than two years.

According to sources, in a confidential report prepared by a special teacher appointed to talk to Geeta and which has been sent to the external affairs ministry, it has been stated that she is unhappy. Geeta has not been unable to find her parents despite more than ten couples coming forward claiming to be her parents in the past 18 months. The Indore district administration sent DNA samples of many couples, but none were found to be Geeta's biological parents.

Geeta is still waiting for her biological parents and living in the Deaf-Mute Home of Indore. The home has around 375 day scholars and 300 wards where academic classes are held. Earlier Monika Punjabi, director of Mook-Badhir Santhan Children Home, a voluntary organisation looking after Geeta, had written to the social welfare department saying that Geeta was not interested in studies and was repeatedly requesting to visit Viashno Devi Shrine. In the letter, she said that Geeta had expressed her desire to look for an educated, employed man with whom she could settle down.

Geeta was brought back to India in October, 2015, 14 years after she accidentally strayed away to Pakistan. A seven-year-old Geeta had lost her way when she was found by Pakistani Rangers from Samjhouta Express. She was taken care of by Pakistan's charitable organisation Edhi Foundation. Geeta was handed over back to India, thanks to the efforts of the foundation and External Affairs Minister Sushma Swaraj.

She was made to reside in Indore until her parents were located under the instructions of Swaraj. Geeta is not allowed to meet any stranger or the media. She was taught Hindi in the school meant for deaf-dumb children.

Meanwhile, no government official is ready to speak on the subject as the matter is directly being monitored by the external affairs ministry. The entire episode of Geeta and parents' claims have been kept under a veil of secrecy as the administration does not allow anybody to meet her.

Your form could not be submitted.
This browser settings will not support to add bookmarks programmatically. Please press Ctrl+D or change settings to bookmark this page.
Topics : #Pakistan | #Madhya Pradesh | #Sushma Swaraj