Smriti Irani accused of 'blasphemy' for her speech on Goddess Durga, ruckus in RS 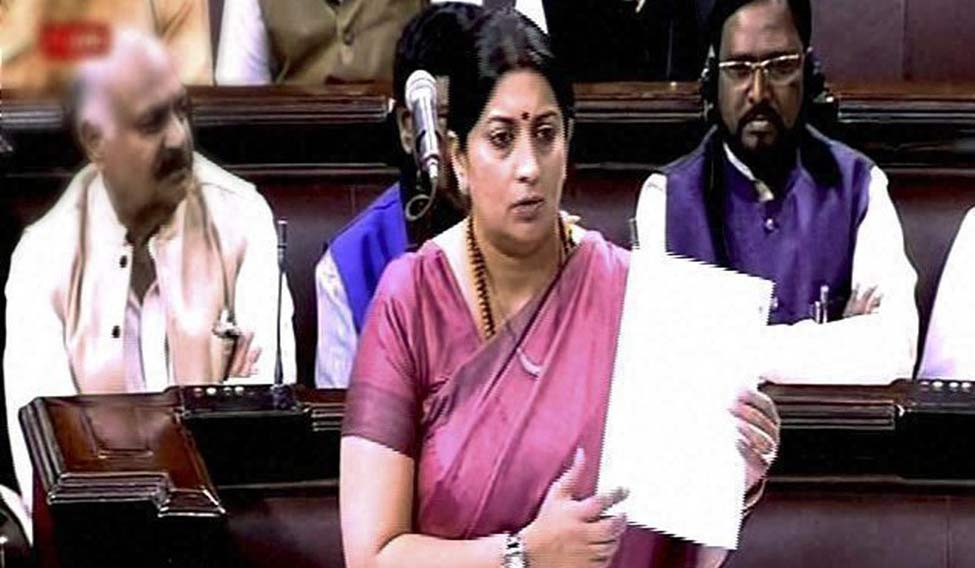 The Congress led the charge of ' blasphemy' against Irani for reading out contents of a controversial pamphlet made by JNU students referring to Goddess Durga.

Congress leader Anand Sharma demanded an apology from Irani for what she said about Goddess Durga, terming it as “blasphemy,” even as the Opposition sought to stall the proceedings of the Rajya Sabha.

"What is happening here? This is too much. It's a dangerous precedent. Every religious leader and deity has been derogatorily referred by some persons. Will all this be discussed here? Can we allow it here. Then there will be a war in the House," Sharma said.

Responding to the allegations of Sharma, Irani said on Friday that she too worships Durga and whatever she said she said it with a lot of pain.

“These are authenticated documents from the university itself. These are not government documents,” she told the Upper House.

" A statement posted on October 4, 2014 by the SC, ST and minority students of JNU. And what do they condemn? May my God forgive me for reading this, "she said

"Durga Puja is the most controversial racial festival, where a fair-skinned beautiful goddess Durga is depicted brutally killing a dark-skinned native called Mahishasur. Mahishasur, a brave self-respecting leader, tricked into marriage by Aryans,” she read out.

“They hired a sex worker called Durga, who enticed Mahishasur into marriage and killed him after nine nights of honeymooning during sleep," she said on the floor of the House, inspiring protests from Opposition leaders.

Rajya Sabha Speaker P.J. Kurien said on Friday that he will look into the matter.

“It is a tradition of the House that no blasphemous things will be said here. What I can do now is I will go through the record and expunge anything that is blasphemous,” he said.

Your form could not be submitted.
This browser settings will not support to add bookmarks programmatically. Please press Ctrl+D or change settings to bookmark this page.
Topics : #JNU | #Smriti Irani