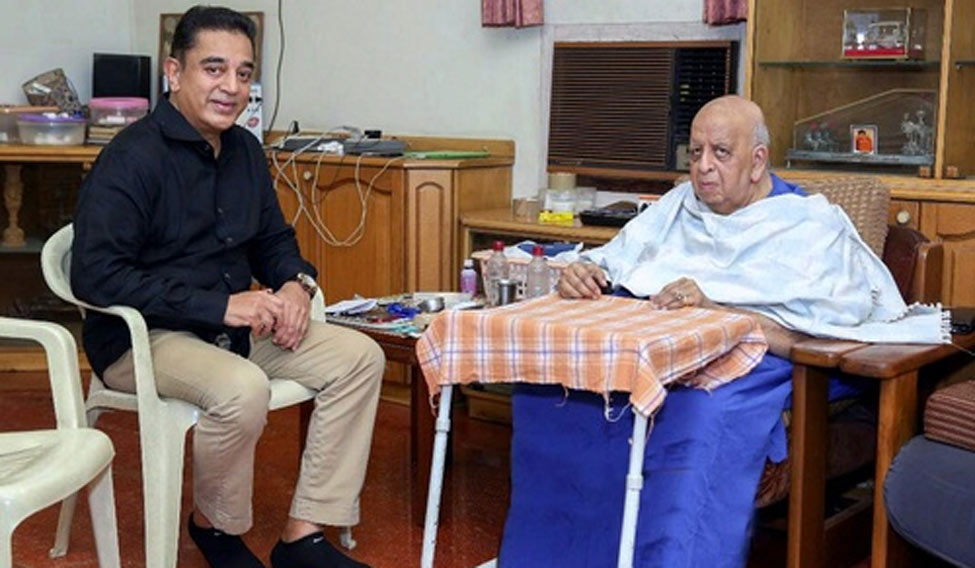 Celebrated actor Kamal Haasan will start his political journey by evoking the legacy of former president A.P.J. Abdul Kalam on February 21. In the tour, called Nalai Namadhey (tomorrow is ours), the first two words of a popular MGR song, Haasan would visit the length and breadth of the state to reach out to people, hear their problems and their needs and spell out his political ideology to serve the nation.

He will first begin his journey from his home district Ramanathapuram, announce the name of his political party and later unveil his party flag.

According to the itinerary released by his office, Haasan is expected to arrive at Kalam's house at 7.45am on February 21 and move with his supporters to Kalam's school at 8.15am. From there, Haasan would proceed to meet the fishermen at Ganesh Mahal in Rameshwaram at 8.50am. Following this, Haasan will reach Kalam's memorial at Peilarumbu at 11.10am and spend 10 minutes there.

His journey beginning from there will next reach Ramanathapuram to address public meetings at Ramanathapuram Palace; Paramakudi, his hometown; and Manamadurai. In the evening, he will arrive at Othakadai in Madurai by 5pm to hoist his political party's flag. And then he is expected to address a public rally at Madurai at 6.30pm.

Haasan has been vociferous for the past few months in talking about his impending political plunge and the state of affairs in Tamil Nadu.

Coming in with an atheist tag in the Dravidian land, Haasan has been talking about rooting out corruption and most of his statements, including “not aligning with Rajinikanth,” are vague hints on what his plans for the state are.

And by talking about anti-corruption, meeting with Aam Aadmi Party chief Arvind Kejriwal and Kerala Chief Minister Pinarayi Vijayan and going all the way from Chennai to Harvard University to talk among the Tamils there, he seems to flung far from his atheist stance. Furthermore, Haasan talking about Periyar and his rationalism have left many confused as to what he will do and what he is up to.

In fact, building a party, that too in a state like Tamil Nadu, has always revolved around charisma, leadership qualities and the emotions built up around these two. An anti-corruption plank and social issues cannot be a plank to move forward.

But all along, in these seven months of his precursory activities to get into politics, Haasan has been confident that he would be able to find fresh and strong candidates to fill the seats during elections. He also had been maintaining that he was only taking a small step towards making a difference.

However the Nalai Namadhey tour and Haasan meeting people would bring to light as to how his promises would work and the real public support he can garner in his new political journey, as a state like Tamil Nadu has never voted based on the size of the crowd at rallies but based on the charisma and leadership qualities of a leader.

Your form could not be submitted.
This browser settings will not support to add bookmarks programmatically. Please press Ctrl+D or change settings to bookmark this page.
Topics : #Kamal Haasan | #Rajinikanth | #AIADMK | #MK Stalin | #Abdul Kalam