A victory of India's focussed diplomacy 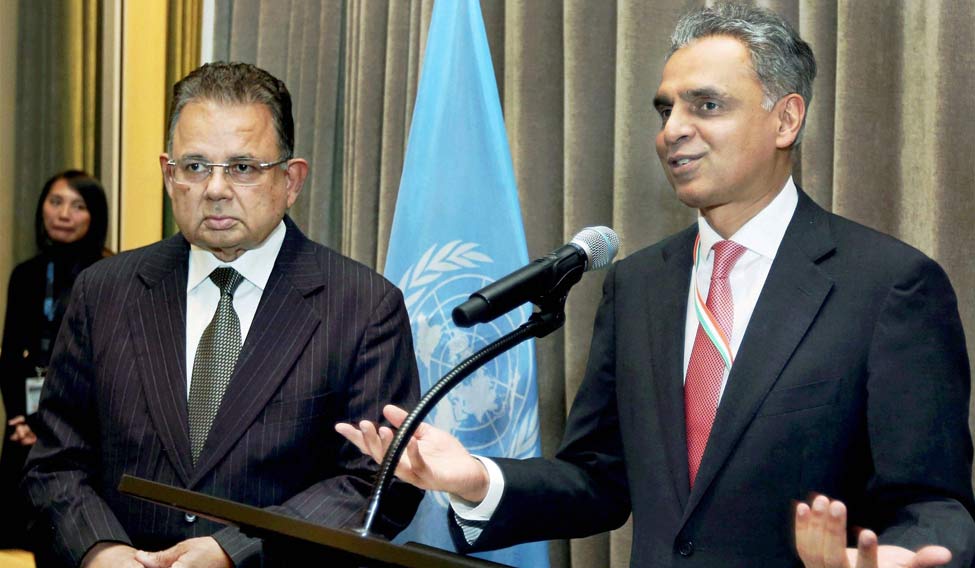 India wins a judgeship at ICJ, but it may now keep quiet about reshaping the UN order

It has been a diplomatic coup—getting Justice Dalveer Bhandari elected again to the bench of the International Court of Justice, beating the British.

On the face of it, the election may not look great. It is not the first time an Indian is getting elected to the world court as a permanent judge. There have been Benegal Rau in 1952-1953, Nagendra Singh from 1973 to 1988, and Raghunandan Swarup Pathak from 1989 to 1991. Nagendra Singh even rose to be vice-president and finally president of the court. Moreover, Bhandari himself has been a judge of the court since 2012. The UPA government had got him elected to fill the slot left by Judge Awn Shawkat Al-Khasawneh from Jordan. At that time, Bhandari polled 122 votes in the United Nations General Assembly against 58 of Florentino Feliciano of the Philippines. Thus this time it is his second term.

Champaign bottles are being opened, for another reason—that India made it after finessing the United Kingdom, which is a permanent member of the United Nations Security Council and which always had a judge in the world court ever since it was set up in 1945. The UK had put up Christopher Greenwood.

The world court works on the adversarial principle followed in the Anglo-Saxon law which is followed in India, too. But unlike in national jurisprudence under the Anglo-Saxon law where judges are expected recuse themselves if they have an interest in the case, contending parties can have their judges in the world court. And if a party to a dispute does not have a permanent judge, it can appoint an ad hoc judge who will sit to hear on that particular case. Thus Pakistan also will have an ad hoc judge when the Kulbhushan Yadav case comes up. By the way, several Indians, including M.C. Chagla and B.P. Jeevan Reddy have been nominated as ad hoc judges.

Permanent judges, 15 in number, are elected by getting majority in both the UN General Assembly and Security Council. If one chamber favours one candidate, and the other chamber favours his rival, it is a tie. That was what happened initially in this case, too. Bhandari had secured more than 175 votes in the General Assembly by the 10th round of polling but the Englishman had secured the majority in the 15-member Security Council.

It was then that General Assembly President Miroslav Lajcak and Security Council President Sebastiano Cardi convened a consultative meeting with India's permanent representative M. Akbaruddin and British representative Matthew Rycroft. Akbaruddin had been told by Delhi not to budge if asked to withdraw.

When there is a tie, the normal procedure is to take more rounds of voting, and if the tie persists, one party can propose a joint conference. In a joint conference there would be six countries —three each from the UNGA and UNSC. The joint conference has full freedom to decide on a name for the court and need not confine itself to official candidates. Rycroft was by now asking for a joint conference, since he could rely on the three representatives from the Security Council.

It was at this point that Indian diplomacy worked. With Akbaruddin insisting on open vote in the joint conference, many in the Security Council who had voted Britain in the earlier rounds realised that they could not antagonise India. It is said American diplomats now talked to the British—as did Indian diplomats in London—and persuaded the British to withdraw.

The main concern of the permanent members, especially the US, was that an Indian defeat in the Security Council would provoke India to make a stronger case for changing the current UN order. India has been calling for a re-ordering of the current UN order in which the five world war winners have been sitting as permanent members in the Security Council with veto powers. A defeat in the Council would provoke India to further charge up.

Thus hours before the joint conference was to take place, Rycroft wrote to both the chambers that the United Kingdom was withdrawing the candidature of Greenwood. Bhandari was elected with 183 of the 193 votes in the General Assembly, and all the 15 votes in the Security Council.

Thus India wins a judgeship, but may now keep quiet about reshaping the UN order.

Your form could not be submitted.
This browser settings will not support to add bookmarks programmatically. Please press Ctrl+D or change settings to bookmark this page.
Topics : #United Nations | #UNSC