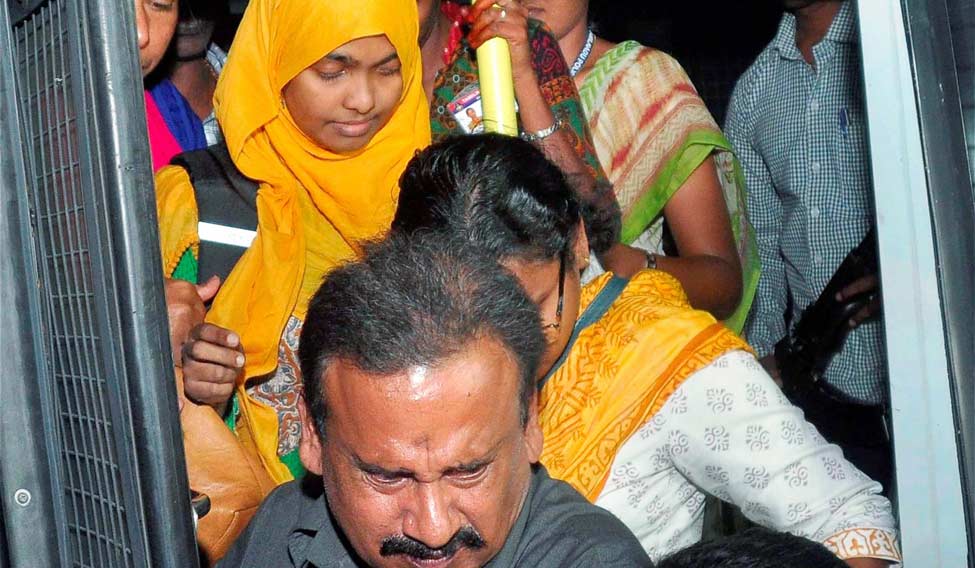 Hadiya arrives at the homoeopathy college in Salem, after the supreme court order to continue her studies | PTI

Two days after she was freed from the custody of her parents by the Supreme Court, Hadiya started her first day at the homeopathy medical college in Salem where she was a student before her controversial marriage to Shafin Jahan.

According to sources, she will initiate the procedures to rejoin the course on Wednesday.

Just before heading for the college, the 25-year-old woman from Kerala, embroiled in the religious conversion row, reiterated that she wanted to meet Jahan, whom she had married after converting to Islam. On whether she wanted to meet her parents, Hadiya

alias Akhila said: “I had been living with my parents for the past six months. Now, I want to meet my husband. I tried calling him over the phone yesterday, but could not reach him. I will call him again.”

She was brought to the Sivaraj Homeopathy Medical College Tuesday night amid tight security by the Kerala police. She will be undergoing an 11-month internship at the institution as directed by the apex court on Monday. The Kerala High Court had on May 29 annulled her marriage with Jahan, following which he moved the SC. Hadiya's father, Ashokan K.M., had Jahan had said on Tuesday that he would meet Hadiya as court had not barred him from doing so. However, TV reports said Hadiya can only meet those people in the college register

as her relatives. As of now, Jahan's name does not figure on the list.

College principal G. Kannan had on Tuesday said she would continue her course under her birth name Akhila Ashokan.

Your form could not be submitted.
This browser settings will not support to add bookmarks programmatically. Please press Ctrl+D or change settings to bookmark this page.
Topics : #Hadiya case | #Love Jihad | #Kerala