Though the JNU students union announced the screening, it was later cancelled 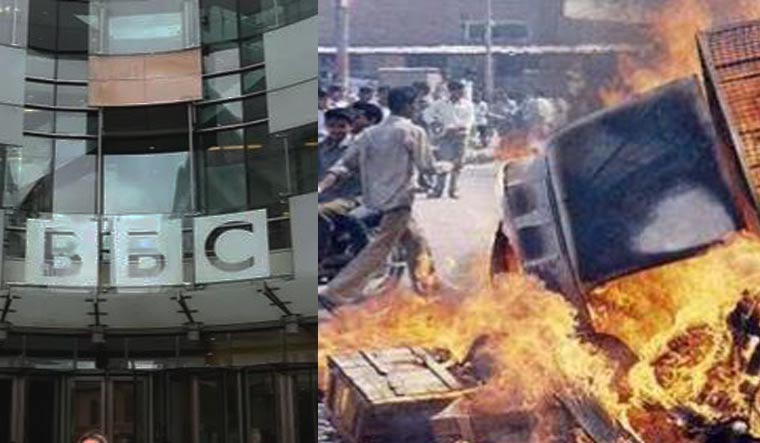 Amid the Centre's directive to Twitter and YouTube to take down links to the BBC documentary on the 2002 Gujarat riots and Prime Minister Narendra Modi, the controversial documentary was screened at Hyderabad Central University on Monday.

The screening was organised by the Student Islamic Organisation (SIO) and Muslim Student Federation, known as the Fraternity group, inside the campus. Over 50 students reportedly attended the screening.

According to the university authorities, the student group did not seek permission before screening the controversial documentary and they got to know about it only after the ABVP members complained to the registrar.

"We have escalated the matter to University Authorities and demanded action on the organisers. The group has organised screening without permission inside the campus premises," ABVP student leader Mahesh told ANI.

However, no police complaint has been filed in this regard. "We have received information that some students organised screening inside the campus but haven't received any written complaint. If we receive a complaint investigation will be taken up," police sources were quoted by the news agency.

The documentary 'India: The Modi Question' was rejected by the Centre and described as a 'propaganda piece' designed to push a discredited narrative. "The bias, lack of objectivity, and frankly continuing colonial mindset are blatantly visible," External Affairs Ministry spokesperson Arindam Bagchi said in response to the documentary.

Besides the HCU, posters announcing the screening of the documentary popped up at the Jawaharlal Nehru University (JNU), on Monday too. The poster, purportedly released by the students union, said the documentary 'India: The Modi Question' will be screened at 9 pm in the student body’s office.

Following this, the university authorities issued an advisory stating that the union has not taken its permission for the event and it should be cancelled as it could "disturb peace and harmony." As per the latest reports, the documentary was not screened.

Meanwhile, the Democratic Youth Federation of India (DYFI), the youth wing of CPM, said it will screen the same in Kerala. A poster put up on Facebook said the documentary would be screened at 6 pm on Tuesday.

The documentary will be screened on all campuses in Kannur on  Wednesday too. The Youth Congress too has joined the bandwagon, announcing the screening of the documentary across Kerala on Republic Day.