Police have heightened security in the area 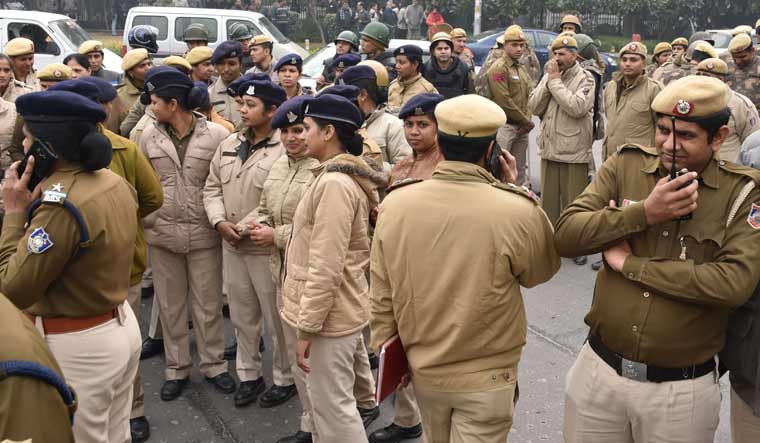 Security has been beefed up in Mathura in Uttar Pradesh following the Akhil Bharat Hindu Mahasabha's call for reciting Hanuman Chalisa inside Shahi Masjid Idgah on Tuesday, with the district police chief asserting that "no new tradition or ritual" would be allowed.

Only school vehicles and ambulances have been given exemption, they said.

"No new tradition or ritual would be allowed to be performed," Senior Superintendent of Police Shailesh Pandey said.

The orders of the Supreme Court would be followed and the implementation of prohibitory orders under Section 144 of the CrPC in letter and spirit would be ensured, he said.

Nobody will be allowed to take the law into his own hands and spoil peace of this pilgrim city, officials stated.

Akhil Bharat Hindu Mahasabha national treasurer Dinesh Kaushik said they would go ahead with the programme.

"In case the administration does not allow us to proceed, we will recite Hanuman Chalisa at the place where we will be stopped," he said.

He threatened to commit suicide if they were stopped by the administration. He also claimed that many workers of the organisation were put under house arrest.

The organisation had given a similar call last year but their plan was scuttled by the district administration.