Says Centre could have opted other national symbols instead of lotus 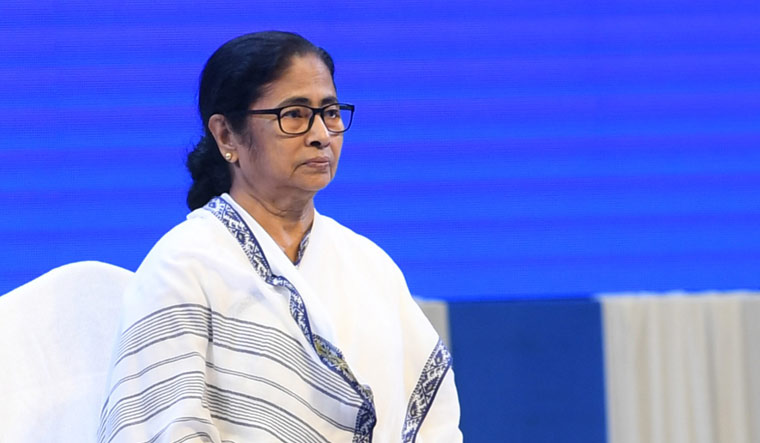 West Bengal Chief Minister Mamata Banerjee on Monday stated that the controversy over the use of lotus in the G20 logo is "not a non-issue" but she would refrain from raising it as the matter, if discussed outside, may not augur well for the country.

The CM also contended that the central government could have chosen any national symbol other than the lotus for the summit's logo, as the flower also represents a political party.

The Congress has alleged that the Centre used lotus in the G20 logo in a bid to promote the Bharatiya Janata Party. Union Defence Minister Rajnath Singh responded to the allegation, saying that the flower was part of the country's cultural identity.

Banerjee, before leaving for New Delhi, told reporters at the city airport, "I have also seen it (the Lotus logo). As it's a matter related to our country, we are not saying anything. It does not augur well for the country if the issue gets discussed outside."

At the national capital, the CM will be attending the meeting called by PM Narendra Modi to discuss the preparatory process for the G20 summit in 2023.

"It cannot be denied that the national flower is also the logo of a political party. There are so many other national symbols which could have been used in the logo. Even if I don't raise this matter (in Delhi), others may," she said.

"I have seen it but did not say much. It's not a non-issue. It's an important issue and they (Centre) must think over the matter," the TMC supremo added.

India has assumed the Presidency of G20 grouping for one year.

A press release from the prime minister's office had stated that the logo, which was unveiled last month, draws inspiration from the vibrant colours of national flag saffron, white and green, and blue.

"It juxtaposes planet Earth with the lotus, India's national flower that reflects growth amid challenges," the statement noted.

"The Earth reflects India's pro-planet approach to life, one in perfect harmony with nature," it added. The summit will be held in Delhi on September 9 and 10 next year.